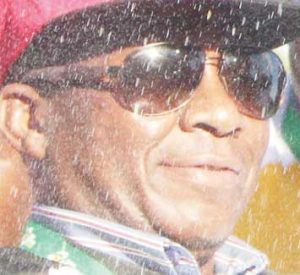 KB became the first military team to win the title, since the introduction of the league in 1986, with 61 points, one point above runners-up, Nyasa Big Bullets.

After the final whistle at Chitowe Stadium, Supuni arrived on a helicopter to celebrate with the players and promised the rewards.

“The players have done us proud and they deserve something special. We will soon decide on how we can reward them, but expect more surprises,” Supuni-Phiri said without being specific on the rewards.

“We proved that we are a good team. Winning the league was not easy, but we were the best team throughout the season,” Phambala said.

The soldiers, who started the season with three consecutive losses, won the championship in style after beating Dwangwa United 4-1 on Saturday.

Ben Hojani scored a brace with the other goals coming from Harvey Nkacha and Manase Chiyesa. KB will pocket K15 million championship prize.

The soldiers lost once in the second-round against Bullets.

Big Bullets believe they can overturn the tables