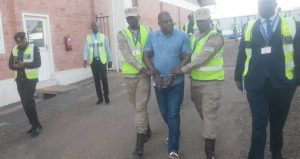 Rwandan genocide suspect Vincent Murekezi’s lawyer has described the extradition of his client as a mockery to the Malawi justice system, saying he was not heard.

Wapona Kita confirmed Monday that Murekezi, who was serving a five-year jail term on fraud-related charges in Lilongwe, was extradited to Rwanda at midnight on Sunday.

“It’s a mockery to the justice system. [The] government has thrown the Constitution [of the Republic of Malawi] to the dogs. The Constitution calls for administrative justice, which requires that every person should have the right to be heard. 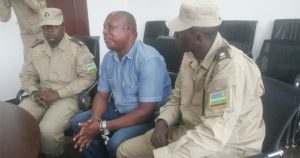 “Murekezi has not been heard. There is a valid injunction restraining the extradition process. [The] government lost the case at the High Court and they appealed to the Supreme Court. The Supreme Court is yet to hear their appeal and they go ahead to illegally extradite him. It’s a total breakdown of the rule of law,” Kita said.

Ministry of Foreign Affairs spokesperson, Rejoice Shumba, Monday said she was not aware of Murekezi’s extradition, adding that all she knows is that Malawi has a prisoner exchange agreement with Rwanda and other countries.

Rwanda and Malawi signed an extradition treaty in February 2017.

Homeland Security Principal Secretary, Sam Madula, also said he was not aware of the incident.

Rwanda’s The New Times newspaper reported Monday that Murekezi was handed over to Rwanda Correction Service (RCS) by their Malawian counterparts Monday.

Murekezi is expected to complete his sentence in Rwanda courtesy of a prisoner exchange agreement signed between RCS and Malawi Prison Services.

The newspaper quotes Rwanda’s National Public Prosecution Authority’s (NPPA) statement, saying that the due process will be followed to ensure he is also held accountable for the crime of genocide he stands accused of.

“NPPA will ensure that the rest of criminal procedures with regard to the crime of genocide and crimes against humanity, of which Murekezi Vincent stands accused, follow the due process of law,” NPPA tweeted.

The newspaper says Murekezi was arrested in December 2016 following an international arrest warrant issued by Rwandan prosecution to their Malawian counterparts.

Midway through the trial to determine his extradition, another case of tax evasion and forging documents to acquire the Malawi passport emerged, leading to his five-year jail term in 2017.

In 2016, Murekezi was also arrested by Anti-Corruption Bureau in connection with a corruption case dating back to 2008.

“I would like to thank authorities in Malawi notably the Ministry of Justice, Prisons Services and the DPPs Office for the cooperation extended to have Murekezi Vincent sent to Rwanda to serve his sentence,” he tweeted.

Prosecutors, through the Genocide Fugitives Tracking Unit, issued an international arrest warrant for Murekezi after they established that he was in Malawi.

Murekezi is accused of participating in the 1994 genocide against the Tutsi mainly in Tumba in the current Huye District and was tried in absentia and handed a life sentence by a Gacaca court.