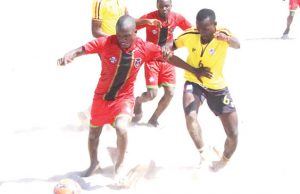 In a third-place match played Sunday afternoon, Malawi lost to Seychelles 11-12. It was a painful defeat as Malawi started the campaign on a high note after beating Seychelles 8-3 on Friday.

Before the third-place match, Malawi were favourites after the win against Seychelles.

Malawi failed to maintain the momentum on Saturday as they lost 12-8 to Uganda before going down 5-2 to hosts Tanzania.

Speaking earlier after losing to Tanzania, Malawi Coach, Stereo Gondwe, said, at times, officiation at the tournament was not at its best.

“Nevertheless, the guys were impressive fighting tooth and nail to get a result,” he said.