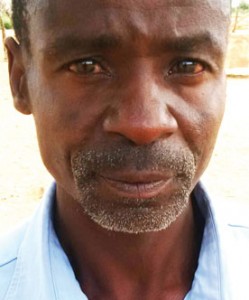 Chief Ng’onga of Balaka has said government should stop issuing mining licences to companies without consulting communities and traditional leaders in areas where mining activities are taking place.

Speaking on the sidelines of a training of trainers workshop at Chiyendausiku organised by Quadria Muslim Association of Malawi (Qmam) on capacity building of community advocacy action groups on Friday, Ng’onga said companies are flocking to his area without his knowledge and disrupting the environment.

“How can government allocate the entire hill to companies to carry out mining activities without informing us first so that we are aware of what is happening,” Ng’onga said.

He said as a result there have been no meaningful Corporate Social Responsibility (CSR) activities that have happened in his area although mining companies have exploited limestone on Ng’onga hills for decades now.

The traditional leader further said because government has not decentralised the mining sub-sector, some companies refused to help when approached for CSR activities which prompted him to chase them away from his area.

Davie Jawadi, Balaka lands officer, said there are no mining officers at district level because the Mines and Mineral Act of 1981 concentrated all the power on mining on the executive and it is difficult to handle mining disputes on the ground while directives and licences come from Capital Hill.

“Issues of disputes between communities and companies involved in mining will never end until the Act is repealed and amended to take into cognizance the genuine expectations of communities surrounding mining activities,” Jawadi said.

Qmam programmes officer, Semione Labana, said mining is not a benign activity and it’s impossible to extract minerals from the earth and process them without impacting on the air, land and water, as well as the social cost of disruption of marriages by truck drivers and increased promiscuity.

“We are building capacity of Community Action Groups (CAGs) with necessary skills and knowledge on mining so that they became trainers of others who in turn will be empowered on their mining rights,” Labana said.

He said people of Ng’onga and Chanthunya have a right to benefit from the minerals being exploited from their respective areas and the only way was to empower them with knowledge on the same and have the Act revisited.

Qmam is implementing Tonse tipindule project with funding from Tilitonse through Norwegian Church Aid (NCA) to the tune of K38 million for two years in Balaka and Mangochi districts facilitating local mining indabas, dialogue sessions and training of trainers among others