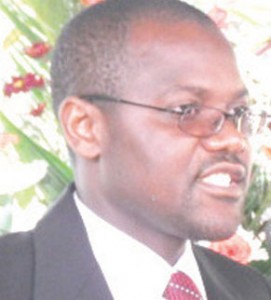 Minister of Justice and Constitutional Affairs Samuel Tembenu has said that the parole system delivery is a useful tool in the administration of restorative justice.

On Thursday, Tembenu opened a workshop in Lilongwe on parole strategy which involved officials from his ministry, police, prison department and other stakeholders.

Tembenu stated that parole is the most effective way of relieving prisons of overcrowding.

“There is so much congestion in prison cells and not all offenders deserve a jail term. We are also encouraging this because we are moving away from retributive justice to a restorative one which is fashioned on the premise that a prison should be a reformatory place. Parole helps to bring criminals back into society and that nature of release encourages good behaviour and they get to have a positive outlook on life,” said Tembenu.

He further stated that the other benefit of the system is that it eases pressure on budgets and helps in monitoring of targets.

“Full time imprisonment is expensive and in times like these when the country is struggling financially we can’t afford to be keeping in prison anyone including those who steal chickens in the villages,” he said.

Acting Chief Commissioner of Prisons Little Mtengano observed that experience has shown that people who get released from prison on parole tend to exude good behaviour for fear of re-incarceration.

“It generally facilitates reintegration from prison to the community through supervision and that reduces the risk of re-offending. It’s a safe way to administer justice as the offender has regular check-ins with officers and eventually gets accepted back into society much quicker,” he said.

Currently the country follows a 1954 Prison Act which does not recognise parole and its appeal.