The government has outlined new strategies for resuscitating the economy which has withered by the Covid pandemic and the recent war in Ukraine.

The exogenous shocks have already destabilised all assumptions anchoring the 2022-23 national budget.

The new aspirations are contained in the International Monetary Fund (IMF) Board statement issued on Monday approving the disbursement of $88.3 million under the Rapid Credit Facility, which is the fund’s new Food Shock Window.

Some of the strategies are fiscal discipline, supported by a realistic budget, an enhanced Public Financial Management system and timely production of comprehensive fiscal reports.

The government has also committed towards restoring price stability and ensuring financial sector stability which the fund said will help build a foundation for private sector-led growth.

“Rebuilding external buffers will be critically important to reduce Malawi’s vulnerabilities to external shocks. The RBM’s commitment to rebuild its foreign exchange reserves, requiring implementation of its strategy to wind down unsustainable policies including excessive use of swaps and trade credit to maintain strategic imports and other quasi-fiscal operations are welcome,” the statement reads.

The IMF has since welcomed the strategies, saying they will help resuscitate the economy if followed religiously by those in authority.

IMF Deputy Managing Director and acting Chair Bo Li said the approved staff monitored programme (SMP) is sufficiently robust to meet the authorities’ stated objectives, and its implementation is expected to achieve the purpose of building a track record toward an Upper Credit Tranche (UCT).

Li added that addressing weaknesses in governance and institutions and enhancing transparency will be important.

“In this regard, strong corrective actions to address the issues that led to misreporting under the 2018 ECF, including implementation of the recommendations of the 2021 safeguards assessment, and measures to strengthen foreign exchange reserve management are welcome,” he said.

Minister of Finance Sosten Gwengwe said the government has an ambitious fiscal and macroeconomic policy stance with the buy-in of the IMF.

“Debt treatment is still key towards the full ECF and we continue engaging our creditors. Stabilising the foreign exchange market is a priority and RBM is fast building reserves,” he said.

Economics lecturer at the University of Malawi Innocent Makuta said the strategies are good and have the potential to resuscitate the economy.

Makuta, however, said the challenge will be in the implementation because the government has not shown commitment to implement policies it outlines.

“This government has not demonstrated policy credibility because, for example, we have seen how senior officials have been good at giving directions to juniors yet they did not follow them.

“However, the policies are good and we should implement them to contain the situation and put longer term strategies because having external buffers, for example, needs an environment where we can produce and export, which cannot be supported under the current circumstances,” he said.

The Food Shock Window provides, for a period of a year, a new channel for emergency fund financing to member countries that have urgent balance of payment needs due to acute food insecurity, a sharp increase in their food import bill or shock to their cereal exports. 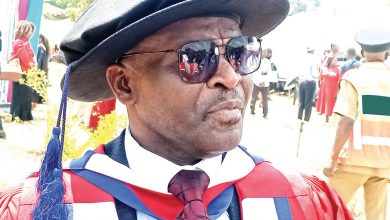