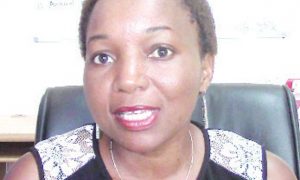 A globally renowned aid and development organisation, Oxfam, has said ‘political capture’ is one of the key drivers for the widening gap between the rich and the poor in the country.

The report indicates that the richest one percent in the world controlled 82 percent of wealth created in 2017 while the poorest half of humanity got nothing.

Dzikambani said it is no longer a secret that there are different cases that alluded to serious and organised corruption where politicians, government officials collude with business people to, privately, benefit from government resources.

“It is a case of moral and ethical decay because politicians and those in public positions are there to serve the people, to serve the interest of the public, yet they have just chosen to go and serve their personal interests,” Dzikambani said.

She then said due to the weaknesses of oversight institutions and structures, coupled with citizens who cannot hold politicians accountable, the politicians and the elite have found loopholes to collude in the process of abusing public resources.

Dzikambani also said there is serious inequality of opportunities with some people, especially those in rural areas, failing to access basic public social services such as education, health and business opportunities while the rich find it very easy to access the same.

“Gender inequality is also growing. The gap between men and women is growing. Look at how cultural or social norms are discriminating against women and how we are failing to fight such social norms. We need to address these challenges to bridge the gap,” Dzikambani said.

Parliamentary Committee on Social Welfare Chairperson, Richard Chimwendo Banda, said, as long as the country continues to suppress the voices and potential of some crucial groups such as farmers and the youth, the gap between the rich and the poor will remain unfilled.

Chimwendo Banda said while farmers, over 70 percent of the population, have been offered a raw deal in terms of commodity prices, most of the youth who make up the majority of the population are also out of employment.

Oxfam is an international confederation of 20 nongovernmental organisations working with partners in over 90 countries to end injustices that cause poverty.

Authorities weigh in on economic growth