PEOPLE from different parts of the country are today gathering at Mzuzu Stadium to celebrate the life of father and founder of Malawi nation, Hastings Kamuzu Banda.

According to family member, Ken Kandodo, this year’s commemoration is special because it is taking place 20 years after Kamuzu’s death. Malawians say they will miss what was happening during the Kamuzu era.

Dorothy Chirambo, who was a councillor during Kamuzu’s era said during that time there was no stealing of government money.

“There was no stealing of government money in our time. We have just heard about Cashgate now. People are buying houses, people are building houses using stolen money.  That time Malawi was built on four cornerstones: unity, loyalty, obedience and discipline. People loved each other. Kamuzu used to say we are all Malawians,” Chirambo said.

Although it was a one party state, he said the civil service was detached from politics.

“Generally the civil service was a hard-working service, non-political. Of course it was a one-party system but even then, we as civil servants, we were not allowed to participate in day to day politics.

Anybody in high positions, was not allowed to wear Kamuzu badges, because he insisted that there should be a distinction between a politician and a civil servant,” he said.

He added: “And the badge was a symbol of political activity. I think that it was to make sure that the decisions that were made, or the advice that that is given by the civil servants is free of political influence,” Malewezi said.

Kandodo said they will always remember the role Banda played in the development of this country. “Kamuzu was involved right from the beginning in the discussions with the then colonial government, while he was working in London as a medical doctor.

He did attend some PanAfrican meetings, in the UK representing the then Nyasaland African Congress. Right from the time in the 1930s, Kamuzu played a part in the liberation of Malawi,” he said.

Malawi Congress Party President Lazarus Chakwera said looking at the significant role Kamuzu played in this country, it is important that government should take over Kamuzu Day Commemorations.

“But our cry has always been, in the words of former president Bakili Muluzi, we expressed the desire that government takes over this type of function. I believe that as Malawi congress Party, we would love that because Ngwazi Dr. H. Kamuzu Banda, was not just a family man. In fact he ceases to be a family figure, because he is a national figure,” Chakwera said.

The celebrations will start with prayers in the morning before a gospel music show which will start in the afternoon. Some of the artists to perform are Evance Meleka, Kelvin Sato, Thoko Katimba and Favoured Martha.

Beyond the blue ropes 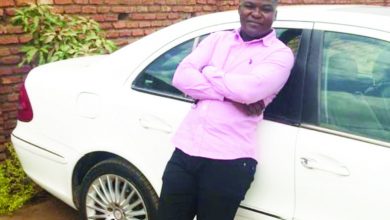 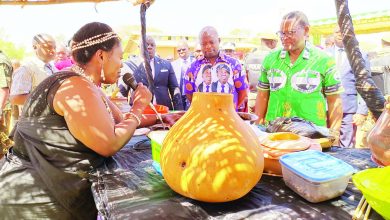