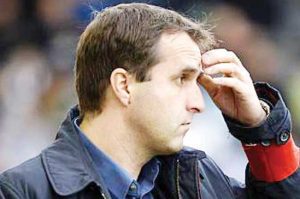 Lions are better left in the wild to reign over all wild animals, such that anyone going after them is asking for trouble.

But there are cases where even the king of the jungle takes to his heels in an effort to save his life.

One of such cases is when flames sweep through forests that are home to one of the most fearsome animals on earth, the lion.

This scenario could play out this afternoon when the Malawi national football team comes up against Cameroon in the first leg of the 2019 Africa Cup of Nations (Afcon) qualifier at Omnisports Ahmadoue Ahidjo Stadium in Yaoundé.

Realistically, the odds are stacked against the Flames as they have not won a match in West and Central Africa in 25 outings since 1980.

The Flames’ best result was a 0-0 draw against Cameroon in Afcon qualifiers in 1995.

In 2012, the Flames also drew 1-1 against Togo. In their last trip to West Africa, Malawi shared 0-0 spoils with Guinea in the 2016 Afcon qualifiers.

This is the sixth meeting between the two sides in all competitions with Malawi winning a single game against the Indomitable Lions after beating them 3-1 at the 1987 All Africa Games in Kenya.

The Flames have lost twice and drawn the same number of games in all meetings against Cameroon.

Heading into the match, Malawi are underdogs but football is sometimes a game of surprises. On the other hand, the underdog status can work to Malawi’s advantage.

But the Flames must exercise caution when facing a side which has a good reputation on the continent.

This will be the first home game for the reigning African champions’ new coach Clarence Seedorf and his assistant Patrick Kluivert.

However, RVG is optimistic of getting a positive result against the Lions.

“We are focused on getting a good result against Cameroon, which will not be easy but that is football. Things can happen and we believe in ourselves,” the Belgian said.

RVG said his charges must be cautious with a Cameroon side which has vast experience.

“The team has tall players with the experience of playing at the highest level. But, at the same time, there is a beginning to everything; so let us hope that our moment to surprise the football world has come,” he added.

The Flames have been dealt a big blow as they will be without Captain Limbikani Mzava and Gerald Phiri Jnr due to injuries.

At the back, the Flames are likely to rely on stand-in Captain John Lanjesi, Precious Sambani and Gomegzani Chirwa whereas Alfred Manyozo Jnr, John Banda and Frank Banda will be in the team’s engine room.

Mozambique-based Richard Mbulu and Gabadihno Mhango are expected to lead the frontline for the Flames.

The Flames should be warned to keep a close eye on Cameroon’s China-based forward Christian Basoggog, Eric Choupo Moting of PSG in France and Toko Ekambi who plies his trade at Villarreal in Spain.

The Indomitable Lions are at the summit of Group B with four points from two games, one point ahead of Morocco who are at par with Flames from the same number of games. The North Africans are ahead of Malawi courtesy of a better goal difference.

Malawi started the 2019 Afcon qualifier with a 1-0 victory over Comoros Islands at Bingu National Stadium in Lilongwe before suffering a humiliating 3-0 defeat at the hands of Morocco whereas Cameroon kicked off the campaign with a 1-0 win over Morocco before a 1-1 draw against Comoros.

The match between Cameroon and Malawi is expected to kick off at 4:30pm.