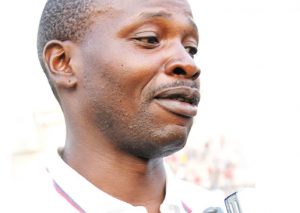 The team is expected to camp outside the country in preparation for the match.

Coach Meke Mwase confirmed that arrangements are being made to ensure that the team starts preparations on January 21.

“We are planning to regroup towards the end of this month. We hope that we will have adequate preparations before we face Zambia. We have talented players in Malawi but struggle due to poor preparations most of the time,” Mwase, who also takes charge of the Malawi under-20 national football team, said.

Malawi under-23, which is a feeder for the Flames, advanced to the next round of the qualifiers after beating Botswana 3-2 on aggregate.

The junior Flames beat the young Zebras 2-1 in Gaborone before managing a 1-1 draw at Kamuzu Stadium in Blantyre in the return match.

“We are going to use these games to build a very strong future Flames. So, good preparations are very important. We will start on January 21 with physical training sessions,” Geneugden said.

However, Football Association of Malawi General Secretary, Alfred Gunda, was not available to comment on the matter Wednesday.

The association’s president, Walter Nyamilandu, is on record to have indicated that the team would go outside the country for camping ahead of the qualifiers.

“This is an entirely new team and we need to prepare thoroughly if we are to realise our dream of qualifying for the Olympics. Of course, Zambia is a good side but, with good preparations, including friendl lives, we can go all the way,” Nyamilandu is quoted as saying