Lake Malawi, famed for its fresh waters and unexploited tourism potential, can be a painful dilemma, too.

Sometimes, when the weather gets so windy and the waves angry, its roaring is heard in Village Head Chilinda’s hut, located some three kilometers from the lake, in the area of Senior Chief Makanjira of Mangochi. Chilinda either shudders or jests for fear of weeping.

This is because the beating of the waves against the sand-banks has, over the past 56 years of self-rule, failed to induce the wonderful sensations professed by foreign tourists in him. And Chilinda does not attribute this down-beat feeling to too much familiarity with the waters, but to failure by most community members to view Lake Malawi as an indelible symbol of opposites: progression or regression.

He feels that only by striking a balance between these two cycles of imbalance can people improve their welfare as each of these affects people’s perceptions of the future. With their proper use, the people can determine the kind of future they want and become creators of their own destiny.

“The problem is that most people have grown used to the lake that they fail to think of life without it. This has created socio-economic limitations. With this thinking, how can one think of exploring the rest of the world?” Chilinda queries.

The damage this perception has inflicted on the people is to thwart their chances of utilising the immense potential offered by curiosity and ambition, commonly recognised as the two most important propellants of human evolution, and, thus, suppress their quest for more knowledge through education.

Not that Mangochi people do not value education; rather, they have focused much on that derived from traditional systems, practices like initiation ceremonies being one such means. But nobody secures formal employment after ‘graduating’ from the initiation camp, apart from becoming a well-respected community member.

It is acknowledged, however, that traditional forms of education have strengthened the communal spirit of Malawi, strengthening the position of one’s responsibility towards the neighbour.

What it has not done, says Chilinda, is to save community members from the plague of illiteracy.

“Too much emphasis on informal education has increased chances of neglect over our children when it comes to utilising opportunities in the formal education sector. I am a victim of this tendency myself, and cannot claim to be educated,” Chilinda admits.

He cites this as one of the reasons for high illiteracy rates in Mangochi, and rests part of the blame on the untiring waves of Lake Malawi.

Many people do not know, he enthuses, what the sound of the waves does to the practical minds of the locals: the waves serve as both a call to action (fishing) and nature’s warning about upcoming weather conditions.

It is the first ground (call to fishing-action) that Chilinda blames for the high illiteracy levels in Mangochi.

“Traditionally, ‘real’ men are measured by what they do at the lake, in terms of the number of canoes owned and fish-catches on a daily basis, and their accomplishments in the field (crop harvests).

The challenge now is not to dismiss Lake Malawi from the everyday life, says Senior Chief Makanjira; what is needed is to incorporate formal education into Lake Malawi.

That way, the lake will not remain a mere physical feature but will become an event in life- an occasion that knits together tradition, personalities, opportunities, Southerly Winds, and philosophical tendencies that position Lake Malawi as both a blessing and a curse.

Makanjira acknowledges that the failure to see all events in the world as linked through formal education rests on prevalent perceptions that Christian education institutions, established by foreign missionaries to meet the education needs of neighbouring communities, were there to convert devout Muslims to Christianity.

“This perception, to some extent true, was largely flawed. But our children now have the opportunity to make the best out of education,” Makanjira says.

This is a paradigm shift in thought for Makanjira community members, a shift premised on five human verities: patriotism, quest for more knowledge, wariness towards ignorance, honour, and lessons from history.

The one striking feature of illiteracy is that it speaks, and its voice reverberates across the world. It speaks through statistics- National Statistical Office, United Nations Development Programme, Civil Society Coalition for Quality-based Education, among other research institutions- and sets the world into positive action.

The predicament of Mangochi reached Europe. The German NGO, Reisende Werkschule Scholen, decided to include Malawi among its beneficiary countries.

The NGO has since 2001 been constructing school blocks in the area of Senior Chief Makanjira.

Reisende Werkschule Scholen first constructed two school blocks along the MonkeyBay/Ntakataka Road in Mangochi, before shifting its focus to Nangungu.

Two school blocks and a head teacher’s house now stand where, once, bush and thorns flourished. The bushes and thorns of ignorance are also being cleared from pupils’ minds. These are the only imposing structure in the middle of nowhere.

The other year, it was the turn of Nangungu. It is the year of a people — some 15 kilometers away from Nangungu, and five kilometers from Mpiripiri, Senior Chief Makanjira’s headquarters — long-forgotten by policy-makers, the people of Chilinda.

Chilinda village has 1,200 children of school-going age. Of these, only 160 attend Primary School at Mpiripiri. The rest stay home, discouraged by extreme winter and summer weather conditions, and disenfranchised by long, walking distances.

Every day, these children face these double circumstantial tragedies and are exposed to the perils of making tough decisions before reaching the age of 10. At the same time, Lake Malawi, with its loud voices, calls them to action.

Co-Founder and Chairman for the German NGO, Michael von Studnitz, reminiscences how work began in 2001.

“It all started with a little realisation that there were only 13 countries in the world that needed, and still need, more help than Malawi. We also wanted to promote cultural exchange between the people of Germany and Malawi. We build schools because, for this to work, we need people who can read and write,” Studnitz says.

He said this position has been strengthened by the Malawian people’s courtesy, prevailing peace and security, and long, productive relations with Germany.

Quite ironic that the German youths that construct the blocks in Malawi are school drop-outs back home. Most are from Diepholz County, Lower Saxony, Germany and failed in Modern Public Secondary schools.

They look for no financial gains in Malawi, as they work voluntarily. All they cherish is the opportunity to see the challenges in Malawi first-hand, and reflect on what they lost in education.

This means that Malawi has become one of the biggest beneficiaries of such projects. Of the 13 projects completed in five different countries, five have been done in Malawi.

“It is a slow process, perhaps, but Makanjira communities are getting rid of a silent mind-crisis,” Studnitz says. 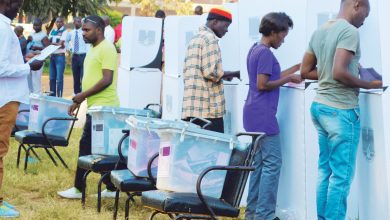 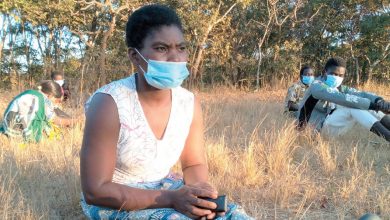 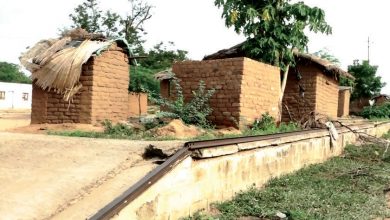