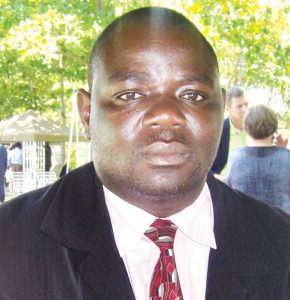 The Ministry of Health (MoH) has disclosed that the drug budget for essential drugs for May faces a huge challenge as the Treasury has only released resources enough to procure drugs for 20 days of the month.

According to Chisamile, the Treasury has released $1 million for the purchase of essential drugs, which are enough to run for 20 days.

In an interview after the meeting, Chisamile said the Central Medical Stores Trust (CMST) had about 50 to 60 percent of other drugs but that what they are lacking are fast-moving drugs.

He bemoaned shortage of medicine in some health facilities in the country due to the acute shortage of foreign currency.

“The issue with drugs is that they have expiry dates; so, we cannot just procure huge trunks of medicines. The procurement of drugs is always done in phases based on the need at a particular time.

“We admit that, recently, the country has been in crisis with drugs but that can be attributed to the shortage of forex,” Chisamile said.

Pac Chairperson Shadric Namalomba said the committee wanted to know where hospitals would be getting drugs for the remaining 10 days as there are 30 days in a month.

“Twenty days’ worth of drugs is not enough. Our appeal to the Treasury is for them to allocate more money for drugs. We want quarterly allocation, let’s say maybe K4 billion every month. That will be very helpful.

“We need to prioritise saving the lives of people. We understand this nation has to do other developmental activities but, without people having life, then all is in vain. The issues of drugs [shortage] have been a problem for so long and we need to make sure that we, as a nation, change our priorities,” Namalomba said.

Meanwhile, Malawi Health Equity Network Executive Director George Jobe has said there is a need for officials to use funds that have been released for the intended purpose.

He said many are the times when there has been abuse of such funds.