It is a battle reported to be between Democratic Progressive Party (DPP), its allies and Malawi Congress Party (MCP) and its allies.

“As a party, we have proposed Catherine Hara’s name for the position of Speaker,” Mkaka said.

DPP publicity secretary, Nicholas Dausi, said the party was discussing the names it would nominate for the positions of speaker, first deputy speaker and second deputy speaker.

However, sources at Parliament confided in The Daily Times that DPP had proposed, to the Clerk of Parliament’s office, the name of Nsanje North MP, Esther Mcheka-Chilenje.

Mcheka-Chilenje and Chilenga are DPP members while Adams is for United Democratic Front (UDF). 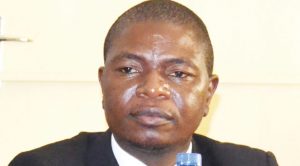 “We are still discussing two names, ones of which will be announced Wednesday [today],” Ndanga said.

Meanwhile, political analyst Ernest Thindwa has advised the lawmakers to elect a person who will have national interest at heart.

Whoever wins between the two would succeed immediate past Speaker Richard Msowoya, who did not contest in Karonga Nyungwe Constituency in the May 21 Tripartite Elections.

Msowoya succeeded Henry Chimunthu Banda, who did not participate in 2014 parliamentary elections. Banda has, however, been re-elected as Nkhotakota North MP.

Maize prices to be higher than normal