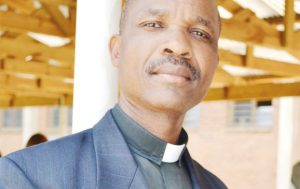 Malawi Congress Party (MCP) has said once voted into power it would raise the minimum wage for civil servants and ensure they are empowered.

MCP publicity secretary, Reverend Maurice Munthali, Tuesday said the party would stick to its manifesto to ensure a vibrant civil service that can serve the country better.

Munthali said MCP manifesto says the party would only apply tax [Pay- As-You-Earn] to civil servants that are getting salaries of more than K100,000.

“MCP manifesto does not, at any cost, say the MCP-led government will downsize the civil service.

We have promised to raise their minimum wages because president Lazarus Chakwera has put the civil service at heart. That is the reason MCP has said no tax to anybody receiving a salary of less than K100, 000,” Munthali said.

Munthali said MCP has not reversed its stand on civil service operations, saying the party is selling promises in the manifesto.

MCP secretary general, Eisenhower Mkaka, reiterated Munthali’s sentiments, saying MCP would ensure that the civil service works efficiently and that no one loses their jobs.

Mkaka said providing necessary equipment and other resources to civil servants, including increasing their salaries, can prompt them to serve the country better.

CSOs for transparency in mining industry