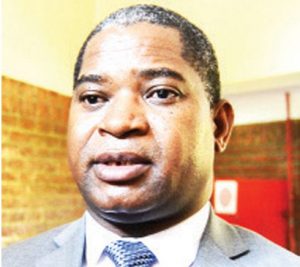 The Malawi Energy Regulatory Authority (Mera) has turned down former chief executive officer, Raphael Kamoto’s request to get his terminal benefits after being fired from the institution.

Mera’s board has, instead, asked Kamoto to pay back about K61.5million which he was paid when he was on suspension.

In total Kamoto was expected to pay K61.5 million to Mera. However, since Mera was supposed to give him K33.5 million as terminal benefits, Mera says Kamoto should pay K27.9 million A letter from Kamoto’s successor, Collins Magalasi, dated January 22, 2018, which Malawi News has seen shows that Kamoto requested Mera to retire him early instead of dismissing him.

However, Magalasi says the pension committee “gave a careful thought and considered the fact since the Board is the one that made a decision for a summary dismissal it could be impossible for the committee to decide otherwise since the Board has supreme authority over recruitment of members of staff”.

In the letter, Magalasi says Mera would give Kamoto money based on the basis that he was dismissed from February 6, 2017.

Some of the issues the Mera board considered are Kamoto’s salary when he was on suspension, benefits (SkyBandWifi internet for home, data for computer tablet and other benefits), security, repatriation costs, house rentals and utility costs and pension benefits.

“Please advise the Authority Sir, on how you intend to settle the outstanding amount. I acknowledge and thank you for the services you rendered to the Authority,” ends Magalasi’s letter.

When asked whether he was ready to pay back the money Kamoto said he would not comment on the issue. Kamoto was fired for diverting K2.964 billion from the Price Stabilisation Fund (PSF) to buy maize for the Agricultural Development and Marketing Corporation (Admarc) in 2016.