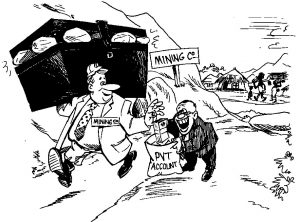 Malawi’s over-reliance on tobacco has been a major concern among stakeholders, who have been asking the government to find alternatives in the midst of dwindling demand and incessant anti-smoking lobbies.

So, when President Lazarus Chakwera declared a few days ago that the leaf is facing a bleak future and needs to be gradually phased out, there was optimism that the path was finally being cleared.

He went ahead to task the Ministry of Agriculture with engaging relevant stakeholders so that they could develop a clear roadmap towards weaning the country off tobacco.

The directive was praised by the Economics Association of Malawi and other economic commentators who felt it would spark serious conversations on finding alternatives to tobacco.

But the major fear was that other leaders before Chakwera had acknowledged that tobacco was facing a crisis but they fell short of suggesting clear alternatives and how they would be bolstered to fill the gap the leaf would create.

Last Sunday, the President spoke about mining coming in to address economic challenges that Malawi is facing.

He even announced that there will be a Mining Regulatory Authority which will be in charge of seeing to it that proceeds from the sector benefit the nation.

For a long time, we have talked about our minerals ending up doing little for the country. Companies have come, extracted deposits and closed down mines without Malawi getting anything for the precious stones under its ground.

Right now, there are mining companies that are extracting precious stones and shipping them outside the country without Malawi benefitting. It appears our regulatory frameworks are weak or some officials deliberately choose to weaken them.

Explorations have been taking place for years without anything for Malawi to show for the endowments. There have been rumours about some government officials deliberately appending bad deals on behalf of the government in return for kickbacks from mining companies.

Even the secrecy that goes on in the mining industry is suspect.

It is amazing that those who were supposed to front the defence of the nation’s interest in mining affairs side with mining firms in very unusual fashions.

It also seems we have not learnt enough lessons from other countries within the region that have turned their deposits into huge money-making resources which even finance considerable chunks of their national budgets.

Zambia has its copper and, while there are issues on its returns, that nation is reaping from the deposits just as Zimbabwe is doing with its diamonds, vanadium, nickel, coal and iron ore, among others.

Authorities there had the best interest of their nations at heart and developed guidelines for their countries to optimally benefit from the natural resources endowed on them. Of course, bad apples are never absent in such huge schemes, but at least there is money flowing from the mining sectors.

In Malawi, even when mappings take place and need to be analysed by potential mining firms— local and foreign—some individuals go through the backdoor and get to places of the precious stones without sound and win-win agreements.

For the country to reap maximum benefits from its mineral resources, there might be need to seriously look into the people in charge of the mining department and analyse whether maintaining them there will be in the best interest of the country.

We all know who has failed us in terms of mining.

There are several mineral deposits in this country which should have turned our economy around. In fact, some experts believe we have more minerals than some countries within the region that are getting a lot of revenue from mines.

Now, that the President has starkly mentioned mining as one of the ventures his government will be paying attention to, there should be hope that the bottlenecks that have crippled the sector for years will be cleared.

It is also very important to review what has happened for the country to have such a dormant mining sector despite several attempts to raise it so that it can be at par with or even higher than others in the region.

We should not be ferrying minerals overseas so that they can be tested in laboratories. We need to have the machinery here. Only then will our mining ventures benefit the nation.