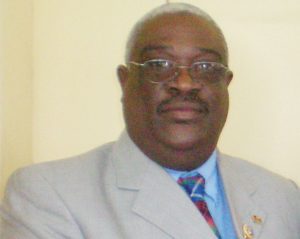 A mining expert has said the country could make the most of the sector with its share to the gross domestic product (GDP) likely to grow if stakeholders were systematic in ironing out challenges it is facing.

The expert, Grain Malunga, said a review of mining related laws and policies is paramount now.

He was commenting on figures contained in the Malawi Extractive Industries Transparency Initiative (Mweiti) report which shows that, during the 2017/18 financial year, the country earned about K20 billion from the sector.

Of the amount, Malawi Revenue Authority (MRA) had a share of 79 percent, followed by other government departments and agencies such as Department of Forestry and Ministry of Transport.

In an interview Tuesday, Malunga said the figures shows that the sector has great potential.

He then called upon the government to put up proper regulations and create an enabling environment for the trade.

“The government should ensure that it supports the industry in terms of timely administrative responses and the enforcement of legislative and regulatory framework because those are the ones that will make government efficient in monitoring the sector,” he said.

He added that revenue could double if there were an improvement in the operations of the Department of Mines in terms of inspectorate services.

According to the Mweiti report, despite the challenges, the government has put up different structures to safeguard the sector.

“Ministry of Mines, Ministry of Forestry and Natural Resources and the Ministry of Energy have drafted an Artisanal and Small- Scale Mining Policy which has been developed to stimulate and guide ASM operations by administering, regulating and facilitating the growth of the sub-sector through a well-organised and efficient institutional framework,” the report reads.

Mining and quarrying activities remain subdued in Malawi contributing less than 10 percent to the GDP.

Growth in the mining and quarrying industry was estimated at 3.6 percent in 2019 compared to 2.1 percent estimated for 2018. The Increased growth in the industry was mainly on account of increased coal and limestone extraction at Kasikizi Coal Mine and Mangochi Limestone Mine, respectively.

According to the Reserve Bank of Malawi, the sector is projected to grow further by 5.8 percent this year.