Film Association of Malawi (Fama) President Gift Sukez Sukali said Thursday that through the inaugural Malawi Film Festival they want to uplift the film industry in the country as well as help expose it to the world.

Fama will hold the two-day Malawi Film Festival at Golden Peacock in Lilongwe where 24 local films that were selected will be screened.

The festival starts today with veteran filmmaker Shemu Joyah’s The Road to Sunrise film set to be screened.

“Through this platform, we want to show that we have good films that have been produced by Malawians and so, we need to support these films. We also want to utilise this platform to reach out to creatives and attract support,” Sukali, whose film with HD Plus titled Fatsani: A Tale of Survival will be screened, said.

The festival which is running under the theme ‘Filmmaking For Social Economic Growth and Cultural Preservation’, will also feature other films such as All We Have is Us by Ashukile Mwakisulu, Highbrow by Chaz, Submerged by Kelvin Ngoma and Year of Our Lord by Imran Shaban.

The festival will also have awards with Joyah and renowned Zambian actor Mutale Monde better known as Mr Nguzu who stars in Zambezi Magic show soapie Mpali among the judges.

And as filmmakers will be enjoying the two-day festival in Lilongwe, Amaryllis Hotel in Blantyre will tomorrow be hosting the fourth edition of the Maso Awards.

About 30 awards in 30 categories will be handed out during the event which last year took place at Jacaranda Cultural Centre.

Old-timer Giddes Chalamanda will be decorated with the Lifetime Achievement Award who is also expected to star at an after-party at Scallas Café in Blantyre thereafter.

This year has seen Maso Awards expanding their base from not only focusing on music but extending to other artistic disciplines such as visual arts, comedy, photography, film, poetry, graphic design, theatre and fashion design. 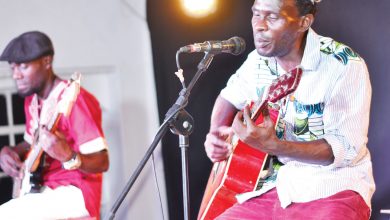