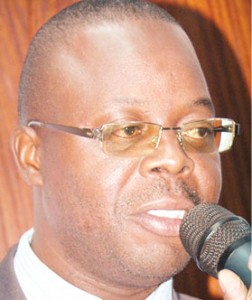 Malawi Energy Regulatory Authority (Mera) has clarified its earlier indication that it has increased electricity tariff electricity by 13.7 percent, saying the correct increase is 30.67 percent.

Mera Senior Consumer and Public Relations Officer Fitina Khonje made the clarifications on Thursday explaining that the 13.7 percent hike of electricity tariffs announced on Wednesday is based on a different review.

This means that between July and December this year and based on the two different types of reviews Mera has allowed the Electricity Supply Corporation of Malawi (Escom) to increase electricity tariffs by 44.37 percent.

Khonje said the other review Mera considered were economic factors up to June.

“We started another review from July to September where the board decided that the electricity tariffs qualified for a 24 percent increase, then they met again in December to review the marketing trends and now came up with 6.67 percent increase bringing the total increase to 30.67 percent,” she said.

She said they did not implement the 24 percent increase as they were also about to increase by 13.73 percent which is based on the tranche system that will be going on for the next four years and is dependent on performance.

“There are two kinds of review that happened; one which happens every four years and look at performance which started in the previous year when it was agreed to increase by 38 percent and will be done in phases,” she said.

The second one, she said, is a different kind of review because after agreeing on the tariffs the board monitors the environment to see if the value of the tariffs is in line with economic trends.

“This is the one that does not depend on performance but it is automatic,” she explained.

Economics Association of Malawi (Ecama) Executive Director Edward Chilima said it is obvious that this is going to hurt the production industry.

Chilima also said the hike has not come at an appropriate time because the economy is already struggling.

“Look at the way the currency has lost its value and the way the economy is performing; it is not surprising that things should be going up and electricity is not an exceptional, it has to go up otherwise the utility mechanism that is there cannot be sustained,” he said.