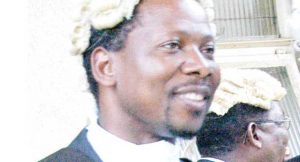 The companies are seeking K270 billion as compensation for damages for loss of business.

In a statement of defence filed at the High Court in Blantyre, Mhango denies that the claimants suffered any loss.

“In the further alternative and without prejudice to the foregoing statement of defence, the defendant denies that the letter dated 5th September 2012 affected the claimants’ dealings with third parties like banks and or the claimants’ employees as the letter of 5th September 2012 was not issued to any third parties and the claimants had no contract with the Malawi Government as exclusive suppliers of any goods and services to the Malawi Government or at all.”

On September 5 2012, the then AG Ralph Kasambara wrote a memo to Principal Secretary in the Ministry of Agriculture, confirming that the government directed that no government department or organisation should conduct business with Mulli Holdings and Elvis Freight of Noel Masangwi.

Suspects left to rot in jail