Renowned musician Fuggie Kasipa and three others, including a Korean national, who were arrested in connection with illegal possession of a fire arm last week, have been granted bail.

“They have been granted bail but I am yet to get more details. On the bail conditions they were asked to pay a bond of K40,000 cash, a non-cash surety of K200,000, surrender passports and appear at Southern Region Police every week,” she said.

Kasipa said Monday that he was relieved to be granted bail after spending the weekend at Blantyre Police.

“I have been granted bail with the other three. The police are still investigating the issue but I pleaded not guilty,” said the singer famed for the hit ‘Dale Wangayo,’ which he collaborated with Njati Njedede.

“Actually the police didn’t find any gun with me and they did not search at my house,” he said.

The musician said the Korean national had been hit by a spate of robberies and that he asked him to assist if he could get a licensed gun.

“There was no business between me and the Korean, I was just trying to help and all I did was to ask some people who could assist him get the licensed gun. Anyway let me not say much as I am still consulting with my lawyer,” he explained.

Kasipa and the other three have since surrendered their passports. According to a source the other people ended up finding an unlicensed gun in Mulanje and did the transactions with the Korean.

With the gun unlicensed, the Korean decided to have it licensed and that it was during this process that the police pounced on him but then the Korean could not get hold of those who sold him the firearm hence mentioning Kasipa.

Kasipa, who has rubbed shoulders with several other musicians in the past years, took a new direction and has been hiring out a public address system.

Last week police sources said they have been investigating this issue for some time and that a Korean national 52-year old Noh Young, was the one who was found with the illegal firearm.

The source said the Korean was the one who upon interrogation mentioned the name of Kasipa and the other two namely Mike Dalitso and Stain Chidothi. 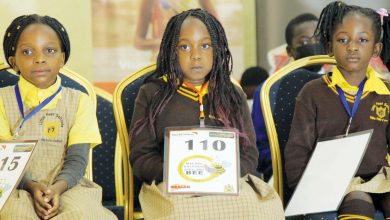