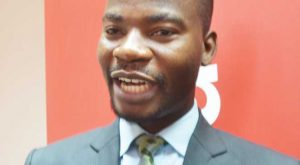 Malawi Stock Exchange-listed NBS Bank has said it plans to close five branches across the country.

The bank said the branches will be closed from March 18.

The development brings the number of NBS Bank branches in Malawi to 27 from 32.

“Any bank accounts and facilities will be automatically transferred to the nearest NBS Bank service centres before the closure date,” reads a statement from the bank.

NBS Bank Marketing Manager, Timothy Ngwira, was not immediately available to comment on what would happen to staff in the affected service centres.

The closure of branches at NBS comes at a time another listed commercial bank, National Bank of Malawi (NBM) has embarked on a voluntary retrenchment excerise.

NBS Bank says customers may continue transacting at any of its Banki Pafupi agents in the affected and surrounding areas.

The bank was incorporated as a limited company on March 14 2003 and was registered under the Banking Act 1989 on 1st March 2004. It started its commercial banking operations on 1stJuly 2004.