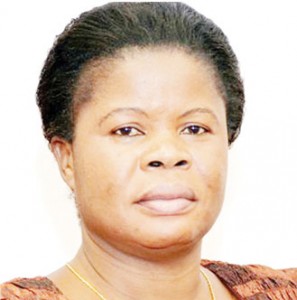 The network has made the condemnation in a statement its chairperson Barbara Banda and Innocent Hauya, who is national coordinator, have signed.

The network, which has a membership of 54 NGOs promoting gender equality and equity and women empowerment, said it is surprised that, until now, the police have taken no action despite a public confession of wrongdoing by Phiri.

“[The network] would like to call on the police to move with swift [sic] in ensuring that perpetrators of violence are brought to book regardless of status, sex, and party affiliation. We are surprised that, until now, the police have taken no action… Justice should not be selective and should never be delayed,” reads the statement in part.

But deputy national Police spokesperson, Thomeck Nyaude, said they have not received any complaint from Dzimbiri on the matter; so, it would be difficult for them to act.

The network has further said it has welcomed Dzimbiri’s decision to take legal action against Phiri.

“We are confident that the path that she [Dzimbiri] has taken will send a warning to all gender cold and insensitive politicians in the country. NGO-GCN is committed to ensure women are adequately represented and are actively taking part in decision making positions in the country. It is for this reason that the network identify the verbal insults by the accused as a direct attack on femininity and targeted at condescending women to sex objects and irrational beings,” further reads the report.

The network says the culture of violence must never be condoned especially at a time the country has made considerable progress on the domestication of the Convention on the Elimination of all Forms of Discrimination against Women.

“The Network would like to remind the accused and all gender unaware citizens that the productivity of women, men alike, can never and should never be judged based on bedroom performance. Women, just like men, are human beings endowed with rationality and intellect,” the statement reads.

In January this year, women conducted a solidarity march in Lilongwe against physical and verbal political violence against women.

DPP spokesperson, Nicholas Dausi, said he could not comment on the matter when contacted Monday.

Phiri, however, issued an apology to Dzimbiri over the sentiments.

Fam gets government nod on U-17 Cosafa tournament