New laws on protected places and areas and control of demonstrations, which have been gazetted by Minister of Homeland Security Nicholas Dausi on August 22, 2019 under Preservation of Public Security Act, have sparked debate across the country, with some faulting the manner in which the legislation has been amended.

In the new regulations, for instance, the minister has declared that airports, borders and government offices are protected places and anyone demonstrating at such places risks arrest and a three months jail term.

While some legal minds argue that Dausi has erred at law since the regulations have not been tabled before Parliament, others are of the view that the minister has absolute power to make regulations under subsidiary law.

Speaking to The Sunday Times, Dean of Faculty of Law at Chancellor College, Sunduzwayo Madise faulted the manner in which the new laws have been formulated, saying they are in conflict with the principal of making laws.

He said it is wrong to make laws targeting particular people or situations.

“You need to make laws that will have a general application; laws that will survive the test of time, I am saying this because having read the regulations, it is clear to me that those laws have been made because of the demonstrations that are taking place and to me that’s not the right way of formulating law. It does not mean that they are illegal though,” Madise explained.

Former Attorney General Ralph Kasambara also weighed his views on his Facebook page and in a subsequent interview yesterday, saying the declaration of regulations by Dausi raises more questions than answers.

He said there could be potential problem areas, citing one of it being that the gazetted regulations have not been tabled before Parliament.

“I am only raising questions without necessarily making a stand, as I said one can argue that a subsidiary law cannot be used to limit constitutional rights, one might also find problems that the subsidiary law has not been tabled before Parliament so how does it become enforceable? So it’s up to the people to be finding answers,” he said.

He also raised questions on constitutionality of the Preservation of Public Security Act of 1960 which, in his view, cannot supersede the 1994 Republican Constitution and the Defense Force Act of 2010.

“What I am saying is the Preservation of Public Security Act is an Act before the new constitution, before the multiparty era. It deals with issue of public security which are dealt with by the Police Act and also the Defense Act of 2010 which are in line with the new constitution. One can successfully argue that regulations made under such old law are wrong,” he explained.

While appreciating the powers conferred on the Minister by the Act, Madise agreed with Kasambara’s sentiments that there was still need to bring the regulations before Parliament.

He said even though the Act has not specifically made provision that any subsidiary law must be brought before Parliament, it is important to note that the maker of such law [in this case the minister] is doing it on behalf of Parliament.

“The power to make laws resides with Parliament, so anyone making any subsidiary law is doing it on behalf of Parliament, so in such regard it makes sense to take such law back to them to check it,” he said.

“It is an old Act it may be inconsistent with other acts that have come in place but it is still law. For an Act to be struck down there has to be a judicial process. We have a lot of bad laws but as long as they have not been repealed, they are law,” Madise explained.

On his part, Professor of Law Edge Kanyongolo asked for more time to look at the pieces of legislation being contested before commenting.

Speaking in support of his action, Dausi said he has used his power as minister and that the laws must be respected.

The Act largely talks about securing safety of persons and property, the maintenance of supplies and services essential to life of the community, prevention and suppression of violence, intimidation, disorder and crime, the maintenance of the administration of justice and the prevention and suppression of mutiny, rebellion and concerted defiance of and disobedience to lawfully constituted authority and the laws in force in Malawi.

We have reached point of no return—HRDC 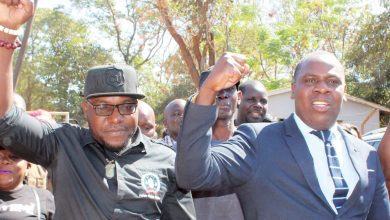 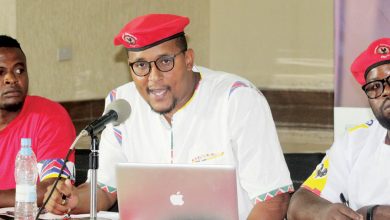