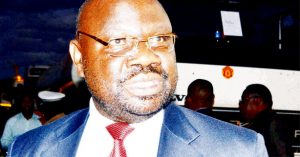 In a quest to make Blantyre a modern city, it has transpired that President Peter Mutharika launched the Blantyre Bypass Road in February this year without funding for the project.

The 186-kilometre road network whose aim is to ease congestion within the city is expected to be completed in the next three or four years.

The road will pass from Chigumula to Mpemba through Michiru to Chileka International Airport. Then it proceeds from the airport to Lunzu-Mapanga- Zomba-Chiradzulu Turn-off before connecting Mzedi to Bangwe.

Secretary to the Treasury Ben Botolo confirmed the development in an exclusive interview with Malawi News on Monday.

Through a WhatsApp response, Botolo said government is trying to locally source the funding through the budget.

“Now, we are working on the budget to see whether we can source money within the budget,” he said.

In our investigations, we established that, in August, Mutharika met with would-be potential funders of the project when he attended the 2018 Forum for China-Africa Cooperation Summit.

Botolo confirmed the development saying government is currently waiting for a response.

“The issue was presented to Chinese authorities and we are just waiting for the response, it may be either positive or negative. Projects can either be funded using local resources such as Parliament-stadium stretch or borrowed resources,” he said.

On a visit to the construction site in Chigumula on Wednesday, Malawi News found construction works by the contractor Tahit Net-works taking place on a stretch of about four kilometres.

A source who opted for anonymity confided in us that progress of the construction works have slowed down as government has not paid any penny to the contractor.

“I can tell you in confidence that the contractor has used over K1 billion since the project was launched earlier this year. There is a contract between the contractor and Blantyre City Council, which essentially we can say is government. However, it was learnt recently that government does not have funding for this particular project.

“The project was started with pomp not knowing that it does not have funding, [it was] until two months when it was so apparent that there is no money,” said the source.

The source said the contractor engaged the Ministry of Local Government and Rural Development and Ministry of Finance, Economic Planning and Development over the matter but they are yet to get tangible results from the meetings.

“If you went to the site, you can see that not much activity is going on. By now, there would have been tar but the contractor cannot continue spending money when government is not clear on funding,” the source said.

“The meetings were held, indeed, to firm up on paying modalities for the project,” she said.

Contrary to our findings, Minister of Information and Communications Technology

Earlier on, it was disclosed that the road network will be constructed to the tune of $30 million.

However, Botolo said it will cost between $50 and $80 million.

“This is over 100 kilometres stretch, so it should be substantial amount of money between 50 and 80 million USD,” he said.

The construction of the Clock Tower-Chileka Roundabout Dual Carriageway is expected to run for two years at the tune of K11 billion.

Some people have accused Mutharika of laying foundation stones and launching projects that do not materialise.

The President, for example, is on record to have laid a foundation stone at Mombera University in Mzimba District in 2015 but, up to now, there are no activities at the site.

In February, Moses Mkandawire, Director of Church and Society of the Livingstonia Synod of the Church of Central Africa Presbyterian, said there is need for Malawians to monitor the projects in the spirit of promoting transparency and accountability.

Mkandawire said, for continuity’s sake, the government should start focusing on completing stalled projects which were commissioned by other heads of State before laying more foundation stones for emerging projects whose success is questionable, considering the economic situation in the country.