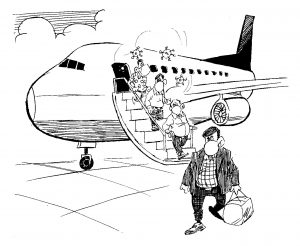 At a time a number of countries in both Asia and the Americas are grappling with the Covid-19 pandemic, authorities here at home found it appropriate to relax some of the laid down precautionary measures and wait. Even those in the sporting world want a piece of the action by urging the authorities to consider allowing more spectators into Kamuzu Stadium in the forthcoming Blantyre derby.

Just the other day, horrific pictures emerged from India, where hospitals and medical staff are overwhelmed, not to mention cremation centres that are failing to cope with piles of dead bodies due to the pandemic; and yet, here we are, ready and willing to ease the restrictions when danger is lurking around the corner.

In case the authorities have forgotten, it was after a certain family in Lilongwe had returned from India in April 2020 (the first confirmed Covid-19 cases for Malawi) that we started panicking; prompting the then president Peter Mutharika to declare a State of National Disaster. Fast forward to 2021; many lives have been lost following the second wave of Covid-19 and, if we are not careful, the devastating third wave ravaging other countries might just make a meal of us.

I take cognizance of the fact that the government, through the Presidential Taskforce on Covid-19, has issued some fresh instructions regarding travel to and from the affected countries of India, Pakistan and Brazil, to the effect that only those travelling for medical or diplomatic causes must be entertained, though they would be subjected to mandatory quarantine. This must be commended but it makes little sense when, on the other hand, you relax other measures that include extending operating hours for bars, public gatherings and so on.

Which reminds me; have we, as a country, stocked up medical supplies and crucial equipment such as oxygen cylinders, oxygen concentrators, which were in short supply last time around? I am not trying to be the devil’s advocate but we certainly must be prepared for the worst, in case the third wave, which appears to be more deadly than the previous strain, were to hit the country.

Another thing we must bear in mind is that India is one of the biggest manufacturers of medical drugs and even the Oxford-AstraZeneca vaccine from the United Kingdom is actually being produced in India under contract agreement. Now, with things looking gloomy in that country, it might as well affect the levels of medical supply exports to other parts of the world, including third world countries such as Malawi.

We are now tired of the predictable daily briefings by the Covid-19 taskforce; now is the time to concentrate on putting the house in order so that we should not pretend to have been taken unawares if the worst scenario were to occur. As a matter of fact, I think somebody is deliberately making the wheels turn slow, as was the case last time, hoping to cash in on Covid-19 funds, as was the case with the controversial K6.2 billion. Well, you better save yourself the trouble because, like it or not, Malawians are vigilant and all the Covid-19 money is being watched under a microscope.

It was quite unfortunate to see public officials making merry with Covid-19 funds when thousands of Malawians were literally staring death in the face during the second wave of the pandemic and, ironically, while all of this was happening, a team of good Samaritans was successfully running a private initiative that helped stock up the much needed supplies and equipment in public hospitals and they made sure that every Tambala spent was accounted for. Now if we are to ensure that nobody gets to go into panic mode, then we must make all the right moves now. This practically means less talking and more action.

All I am saying is; the authorities should be making wise decisions now to ensure that our country is safe in the face of the third wave that is ravaging other parts of the world. Now is not a time to be scheming how to ‘milk the cow’ or dilly dallying on making some important decisions such as tightening the loose nuts on Covid-19 preventive measures and not loosening them.

Remember, failing to plan is planning to fail.