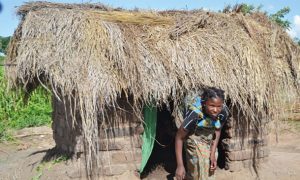 What does it take for someone who has survived a raging natural disaster to move to a safer place? Is loss of life and property not enough to prod perennial disaster victims to take drastic action for their own safety?

What does it take for a ‘caring’ government to move people from disaster-prone areas to safer places? Is there any joy in spending billions of kwacha on disaster response when a decision can be made to prevent future risks?

Today, it is on record that the government needs some K270 billion for relocation of people affected by raging floods that heavily affected Southern Malawi.

The amount will be used for, among other things, the construction and establishment of social amenities which these people will need to use in their new communities.

Now, this is not a small amount which you easily get to hear about within the government machinery. It is a whooping K270 billion—more than 20 percent of our national budget which we are failing to optimally fund with our own resources.

Good governance demands that those in position of authority put in place policies and measures that guarantee that their people live undisrupted lives while also ensuring that there is not excess waste of resources. Of course, this is just one of those common tenets.

In terms of the disasters that ripped the country in March this year, it is difficult to accept that they were unpredictable. Well, such natural occurrences may not be easy to foretell, but their threats keep lurking way back before they strike.

This year’s floods and storms just returned where they had visited before, perhaps to test if we care about taking action on dangerous things which, but, just need taking some decisive action once and for all.

Locals might have their own reasons for not relocating to safer grounds. But it is the super responsibility of the government to ensure its people are safe.

Elsewhere, governments make some unpopular decisions just to ensure that their people are safe. At the end, the same people are able to appreciate that the decisions, no matter how drastic they might have seemed at first, were only aimed at saving them.

In fact, the aim of the disaster policy which was launched in Mangochi in 2015 and the mapping exercise which was conducted later was to guide authorities and stakeholders on how they can reduce the risk of disasters.

The policy was supposed to culminate in a disaster bill which would be a legal document guiding what should be done to save lives of people and property in terms of natural disasters.

It is regrettable that we keep on talking about disasters and there seems to be nothing decisive is being done to ensure that we do not return to the same story next year.

The K270 billion could be ideal in ensuring that we deal with disaster problems once and for all. However, if survivors are returning to locations they were driven out of by the natural occurrences, then money will not achieve much.

We understand that some households are already back to their disaster-prone villages despite that they have been consistently advised against doing so.

For once, we need to be decisive on how we respond to disasters and their risks. Perhaps, a disaster law would go a long way in compelling people in disaster-prone areas to move to safer grounds.

After all, the action is possible. There are others who, after facing one of the worst disasters in recent memory, have voluntarily built a village at a safer location.