Back in 2015, Oswald Lutepo was glued on his wheelchair as he pulled into prison after being convicted in the infamous Cashgate case.

Come Friday, Lutepo wheeled out of Chichiri Prison in Blantyre, marking the end of his 11-year jail sentence following his conviction on September 4, 2015.

The High Court in Zomba handed him the combined sentence for money laundering, which attracted eight years and three years for conspiracy to defraud the government K4.2 billion in the infamous cashgate scandal.

“It is true that he has been released from prison after serving his term in full. You remember because of Covid-19 the President had been granting general amnesties, reducing sentences of everyone apart from those on life. This helped to somehow reduce the sentences of everyone regardless of their crime,” he said.

One of the warders we spoke to, who opted for anonymity, said Lutepo was released as early as 7 am.

“These prisoners know when their term is coming to end and it was apparent from the way he looked that he was happy he is going home.

“He was a high-profile prisoner to be honest. Of course, prison is prison but he was respected among the prisoners and today he was so jovial when everything was set for his release,” said the warder.

In 2015, High Court Judge Redson Kapindu imposed an eight-year jail term on Lutepo on the money laundering charge after finding him guilty of contravening Section 35 (1) (c) of the Money Laundering, Proceeds of Serious Crimes and Terrorist Financing Act.

He also sentenced him to three years imprisonment on the charge of conspiracy to defraud government contrary to Section 323 of the Penal Code.

In 2018, Lutepo asked the former president Peter Mutharika to pardon him, arguing he had demonstrated good conduct while serving his sentence.

He had also said his health condition was a matter for concern.

Lutepo became a high-profile convict in a case that shook the country for its magnitude – reportedly bleeding up to K24 billion from the public purse.

Previously an obscure businessman, Lutepo came to political limelight when he was elected Director of Resource Mobilisation and Sensitisation at a Joyce Banda’s People’s Party convention.

He then got entangled in Cashgate whose investigation revealed the involvement of Lutepo’s firm known as International Procurement Services (IPS). 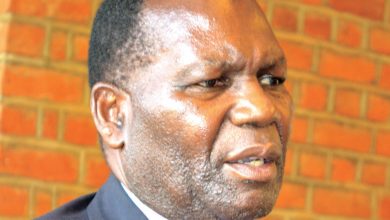 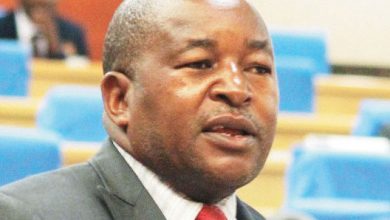