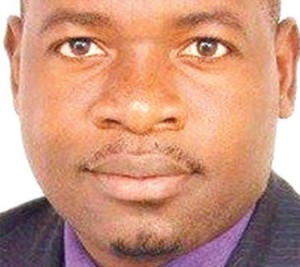 The Parliamentary Committee on Government Assurances has said it will go through all the Public Service Reforms President Peter Mutharika approved and thereafter report to the National Assembly as one way of aligning them with the country’s legal framework.

In September, Mutharika approved the immediate implementation of strategic reforms in 46 parastatals.

Chairperson for the committee, Harry Mkandawire, said at the only meeting that the members had with the Public Service Reforms Commission, the issue was raised and the forthcoming parliamentary meeting offers an opportunity for the committee to convene and develop methods of operations.

In October, some critics, including the outspoken Executive Director for Centre for Human Rights and Rehabilitation (CHRR), Timothy Mtambo and his Centre for Development of the People (Cedep) counterpart, Gift Trapence, said the reforms are not inspiring because they are not aligned with the national vision.

They said the reforms need to be supported with necessary legal framework and Parliament is the right body to provide such a scrutiny.

Mkandawire said some of the reforms will definitely need the blessing of Parliament before implementation while some are just government policies that can go without any Parliamentary vetting.

“We sat down with the Commission, we have had one meeting and now that Parliament will start meeting on Friday, it is an opportunity to sit down and agree on the terms of reference on how to bridge the reforms commission and Parliament. Definitely, we have to see what has been approved.

“We will go through all the reforms that have taken place and report them to Parliament by way of normalising. That is the position of the committee. I don’t know whether the government will agree with us or not but that’s our position,” Mkandawire said.

“We cannot sit down and turn a blind eye to such a thing. We know that something is wrong and this is a matter that requires urgent attention. So, most likely once sitting commences next week, we are going to meet. There are a number of things that we will discuss and obviously this matter is going to come out.

“As I stated earlier on, we are yet to get the report and see how far our colleagues in the Commission have gone. Otherwise, our worry has always been that we are a country that priorities politics. Because where we have commissioners who come from the same political affiliation, they are likely to come up with outcomes that are biased and not accepted by all the people,” Chakhwantha said.