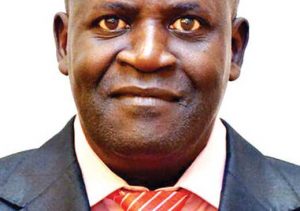 He said the party just completed investigating the five MPs on several grounds, some of which being that some were among the 86 MPs that were enlisted to benefit from the initial K4 billion payout.

“I can confirm that we are done with the process of investigating [the MPs] and, MPs will be summoned to a disciplinary hearing,” Banda said.

The investigations were led by Ralph Mhone and Yusuf Matumula as leaders of the Legal and Disciplinary departments, respectively.

“The party also investigated reports that some MPs pocketed up to K2 million each from DPP and that they were initially put on the list of beneficiaries of the K4 billion controversial payout,” Banda said.

He said they investigated the conduct of some MPs and their involvement with other political parties, which he described as a betrayal of the people’s trust who elected them into positions on PP’s ticket.

Since Joyce Banda— who is former State president and founder of PP— went into self-imposed exile after the May 2014 tripartite elections, the party has disintegrated.

Interim leader Uladi Mussa has since defected to DPP while Jooma, resigned his position as the party’s chief whip in Parliament.

Jooma, on the other hand, accused PP of sharing information with the media instead of the concerned parties, arguing that this smacks of lack of seriousness.

“This is a party which is not serious and is killing itself. So, I am done commenting on their issues because, since they told the nation about other actions [they have taken] against me, I have never received any official communication in that regard,” Jooma said.

Chilenga told our sister paper, Malawi News, that PP has lost direction in the absence of its founder.

K4 billion not paid out, waiting for MRA