It is now clear that he will pull no punches to free himself out of that corner.

The President is a man on a prowl to survive the political tsunami that has hit him like a tonne of bricks after the Constitutional Court ruled on February 3 that he was not duly elected during the election on May 21 last year.

And, so, for the past ten days Mutharika has been a busy man. He fired his whole Cabinet last week Friday with a view to hire a fresh one that is ready to do battle of survival.

The President followed that up by taking a rare move in the political history of Malawi by telling the nation through a press conference that his Press Secretary Mgeme Kalilani addressed in Blantyre that he has refused to assent to the electoral reforms bills that Parliament passed, in a move that has the potential of triggering a constitutional crisis.

Mutharika did not end there.

After telling Parliament to go to hell, the President also shoved it into the face of its powerful Public Appointments Committee (Pac), telling it he does not agree in any bit with its recommendation to fire all Malawi Electoral Commission (Mec) commissioners, describing the proposal as laughable and he gave his reasons.

I will turn to the reasons later but now what I read into all this is that it is reflective of man slowly rolling his sleeves and preparing for a fight of his life.

But it is a bad move and one that can backfire on the President in a spectacular fashion and damage what is left of his legacy.

Mutharika has given ammunition to detractors who characterise him as slowly becoming a despot under hostage by those who surround him and now has gone against the decision of the people’s representatives in a people’s House to ensure their political survival.

With a stroke of a pen, Mutharika has not only put spanners into works of a Constitutional Court ruling on February 3, but he has also carelessly cast aside consequential orders the court made and which Parliament duly complied with.

He has given his reasons for denying assent to the electoral reforms bills and among them is that they are unconstitutional and that they violate the principle of separation of powers.

But, strangely, the President has not made suggestions on how the orders will be complied with so that the election that the court ordered is held in an environment which was envisaged including the application of 50 percent-plus-one as a mark to declare a winner in the presidential race.

The whole process has now been thrown into disarray and there is a risk of a constitutional gridlock in an event that none of the competitors amass over 50 percent of the vote although there is hope now that the political landscape has been zoned into alliances.

I am well aware that the President and Mec so desire that the ruling of the Constitutional Court that declared him as not duly elected reversed with their appeal in the Supreme Court, yet this cannot be the reason for him to refuse to assent to the bills.

The same Supreme Court unanimously refused to put a stop on the current electoral process by declining to grant a stay order on the judgement of the lower court.

That should send a strong signal that both Mutharika and Mec have a mammoth task to get out of the woods on this matter.

The President should think beyond the present circumstances and consider how he wants to be remembered when he is gone.

My view is that short-termism and partisanship are blinding him to forget that he must ride above party interests to serve the larger good even when his personal interests have not been served.

It is called statesmanship.

This statesmanship also glaringly lacked when at the same press conference, Kalilani announced to the nation pregnant with expectation that the President has also not agreed with Pac’s recommendation that that he fires Mec commissioners.

Mutharika has argued the commissioners were not given enough time to prepare, had no legal representation and that the committee could not say the presidential election was incompetently managed when the same Mec also handled the parliamentary and local government elections which the committee seemed to say were okay.

With this view, the President has told the Constitutional Court that described this Mec as incompetent, based on evidence that was adduced in court, to go to hell.

He has done the same to the committee which also found the commission wanting.

Once again, the President is looking at issues through the prism of partisanship and he is missing the point.

As a Malawian, I sense that the President has something up his sleeve because on one hand, he is making moves that clearly have a singular aim of derailing the present electoral process, yet on the other, he is saying he is ready for the elections and he will win.

When all is said and done, if he is not careful, history will judge Mutharika as a president who presided over chaos and refused to carve out a name through sacrificing glory and statesmanship at the altar of partisanship after being taken hostage by a ruthless cabal of sycophants and hand clappers for their selfish motives.

He must choose whether that is what he wants. 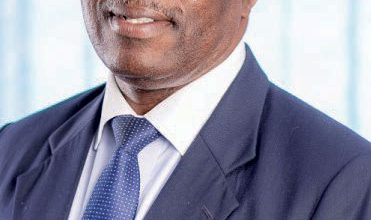 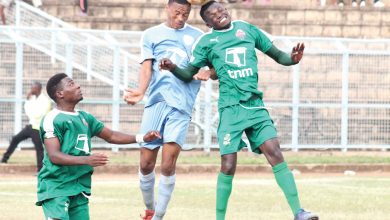