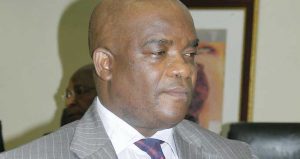 President Peter Mutharika Tuesday hit at some people for faking his illness and death when he postponed whistle-stop tours scheduled for Salima and Dedza on May 12 2019.

Announcing the cancellation, Chief Secretary to the Government, Lloyd Muhara, then said Mutharika had urgent matters to attend to.

During whistle-stop tours he conducted at Kamuzu Road in Salima Tuesday, Mutharika wondered whether the people present at the rallies were seeing a dead body at the podium.

“…As you can see, I am alright. Do you see a dead body? Am I dead? They will be the ones dying on May 21. They will be sent to a graveyard because they will die,” he said.

Mutharika made similar remarks at Ngodzi in the same district, where he also addressed Democratic Progressive Party supporters.

He accused some opposition party officials of sabotaging his social and development programmes such as Malata Subsidy and Farm Input Subsidy.

“What they know is to castigate, but I don’t care. I will not respond to them. You will respond on my behalf on May 21. You should never allow them to govern this country again,” he said.