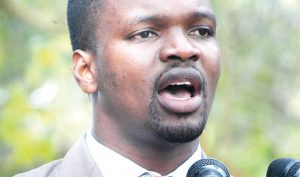 President Peter Mutharika has ordered a one year extension to the ongoing students’ internship programme the Malawi government is implementing.

Presidential Press Secretary, Mgeme Kalilani, confirmed the development Wednesday, saying Mutharika made the order during a meeting with the leadership of the University of Malawi Students Union (UMSU) on Tuesday at Kamuzu Palace in Lilongwe.

UMSU President, Daniel Moyo, said the initiative was a head-start for university graduates who want to be competitive when they launch their careers.

“The programme enables us, students, to apply knowledge and acquire necessary skills required on the market,” Moyo said.

“Most students were suffering previously but the government has increased the loan scheme [package] and many students are accessing loans and paying school fees,” he said.

“These structures will also result in increased enrolment because many people will have access to public universities. Other programmes, such as the government internship initiative, will also ensure that students are fully baked for service in the private and public sectors,” Gama said.

At the Kamuzu Palace meeting, Mutharika reaffirmed his administration’s commitment to continue improving infrastructure such as hostels, lecture rooms and laboratories in public colleges to improve the quality of learning.

He also pledged to sponsor the forth-coming ‘Bye Bye Unima Sports and Social Event’ scheduled for May 3 and 4 at Chanco in Zomba.

The event will bring together students from Unima constituent colleges, who will compete in a number of sporting activities and witness the crowning of the last Mr and Miss Unima.

The development comes after the President this week assented to the Unima delinking law, which facilitates the turning of Unima colleges into stand-alone entities.