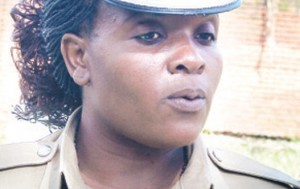 Over 100 commercial sex workers are reported to have been abused by police officers since 2013, The Daily Times has learnt.

The abuses ranged from rape, stealing their belongings and beatings which the sex workers were subjected to in the course of their ‘duty’.

Statistics obtained from Centre for Human Rights, Education, Advice and Assistance (Chreaa) indicate that in 2013, 43 sex workers reported abuse by police officers but none of them went back to the organisation to help them pursue the matter to court even after being told to do so after recording their complaint.

The Daily Times has also learnt that since June 2014 to date, over 50 sex workers have also reported abuse but only four cases have reached prosecution stage.

Statistics from Badilika Foundation, one of the organisations that is raising awareness about human rights among sex workers, indicate that the organisation received 20 complaints of sex workers’ abuse by police officers in the past 12 months.

Executive Director for Chreaa, Victor Mhango, confirmed this development, saying most sex workers feel there is inadequate evidence while others feel that will expose them to discrimination in society.

“At the moment, hearing of three cases will begin anytime soon. One sex worker wanted to withdraw the case but police prosecutors refused to do so and advised her to do that at the court,” he said.

Mhango emphasised that Chreaa is not in any way encouraging prostitution but wants to protect sex workers’ rights as human beings since nobody has the right to abuse them.

“If you get to listen to stories about why these people are on streets, you will understand that they don’t sell sex willingly but because of various problems, especially poverty,” Mhango said, adding that 95 percent of the reported cases indicate that police officers stole money and cell phones from them while five percent alleged being raped by police.

Executive Director for Badilika Foundation, Forbes Msiska, said it is sad that police officers are using their influence to abuse the sex workers.

“It’s sad that these sex workers are not willing to pursue the cases. This is the case because they operate underground and are afraid that if their cases are heard in court, police may threaten them further,” he said.

She, however, said it is hard for the police to act on the matter if there is no evidence since such matters are supposed to be reported to senior officers of a particular station for justice to be done.