alawi Police Service (MPS) has engaged a foreign expert from the United Nations Standing Police Capacity to, among other things, learn from him how they can deal with attacks and killings of people with albinism in the country.

A press statement released Friday from MPS Public Relations Officer James Kadadzera says the police engaged the person following a demand by Association of People with Albinism (Apam) during their recent demonstrations.

The statement says the expert, who was brought in the country with assistance from the United Nations Development Programme, worked with police officers and other stakeholders in the Criminal Justice System for a period of three weeks.

“The interaction that our police officers had with the UN Police has equipped the officers with additional skills that will help them conduct investigations into cases against persons with albinism more effectively,”reads part of the statement.

K3 billion is required for the plan, which is to be implemented in five years.

Human Rights Defenders Coalition (HRDC), however, said, out of the K3 billion, K250 million is little.

Apam Deputy General Secretary Ian Simbota said, even though the development is a right step, the money could have been more as President Peter Mutharika promised to fund the plan fully.

“That is a thing that we have been fighting for all this while and for a start we are happy that the commitment has started though the amount may not be as expected because that amount is not only going to Apam but several stakeholders,” Simbota said.

Currently, several ministries, departments and agencies including Apam has been allocated funds to roll out activities towards eliminating human rights violations directed towards persons with albinism from the K250 million.

People with albinism in the country are being targeted for their body parts by those who believe that they contain magical powers and bring good luck.

As a result, Malawi’s 7,000 to 10,000 people with albinism, according to Apam’s statistics, live in fear of losing their lives to criminal gangs who, in some instances, include close family members.

Statistics put the figure of lost innocent lives in the country simply because of skin pigment since November 2014 at not less than 23. 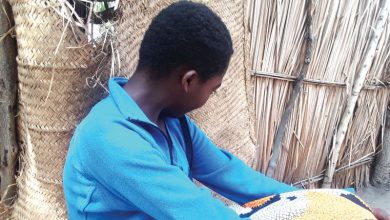