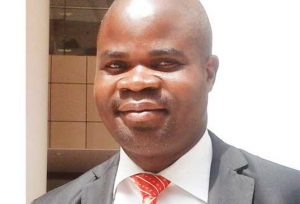 [dropcap]T[/dropcap]he leaked report on the police food rations matter has not escaped the attention of the Legal Affairs Committee of Parliament which Wednesday, summoned the Anti-Corruption Bureau (ACB) to appear before it.

ACB Director General, Reyneck Matemba, was accompanied by the Head of Investigations, Dan Mponda, to the meeting in Lilongwe.

According to a member of the committee who spoke on condition of anonymity, in the meeting, which lasted three hours, the Members of Parliament (MPs) expressed concerned over how the ACB handled the probe on the K2.8 billion contract between Pioneer Investments and Malawi Police Service (MPS).

The committee also quizzed the ACB on how the report was leaked as well as whether the leakage would not affect investigations on the matter.

Speaking to journalists after the meeting, Matemba refused to give details on the matter saying it could jeopardise further investigations.

“We appeared before the Legal Affairs Committee on three aspects: investigations on the police food rations procurement by Pioneer Investment, status of Cashgate cases and funding to our institution,” Matemba said.

He, however, said considering that the food rations matter is sensitive, there was a limit to which they could discuss the matter with the committee.

He reiterated that the leakage of the ACB report has put the bureau in an awkward situation as investigations have been halted.

The committee’s Chairperson, Maxwell Thyolera, told reporters that they are satisfied with the information which the bureau shared with the committee. Thyolera said they would wait for the completion of the investigations.

The committee is the only one mandated to oversee ACB’s functions and activities.

MPS entered into a deal with Pioneer Investments for the later to supply food ration packs to police. However, the bill was bloated by K466 million to K2.8 billion.

A day after payment was made, Zameer Karim of Pioneer Investment deposited K145 million into a Democratic Progressive Party (DPP) bank account whose sole signatory is President Peter Mutharika.