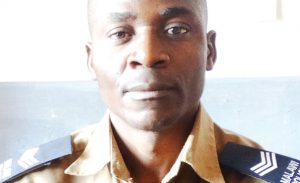 Police in Ntcheu District have launched a manhunt for a truck driver who abandoned a truck after allegedly selling 600 bags of NPK fertiliser worth K30 million.

Ntcheu Police Station spokesperson, Hastings Chigalu, said the cargo was destined for Smallholder Farmers Fertiliser Revolving Fund of Malawi (SFFRFM) offices in Lilongwe, after being loaded in Nacala, Mozambique, on October 19 this year.

“It is alleged that the driver arrived at Manica Offices in Blantyre, Malawi, on October 13 2018 and left for Lilongwe three days later to offload the fertiliser at SFFRFM,” Chigalu said.

Chigalu said, after failing to trace the driver, the route control officer for the company reported the matter to Ntcheu Police Station.

He added that the driver reportedly phoned his office in Blantyre on October 17 informing them that the truck had developed a fault in Kamzingeni Village along the Ntcheu -Balaka M1 Road before his phone went off-line.

“After follow up by police and the Route Controller the truck was found dumped in Ntcheu (at Kamzingeni) but without all the 600 bags of fertiliser. Two car batteries, fertiliser documents and other properties could also not be traced,” He added.

A tip-off by community members led to the recovery of 94 bags of fertiliser at Mlangeni Trading Centre in the district and the arrest of Fanuel Dafrain of Sila Village, Traditional Authority Chapananga, in Chikwawa District in connection with the issue.

Fanuel, who is answering theft charges, appeared before Ntcheu Third Grade Magistrate Court on Monday when he was granted bail upon production of two sureties of K50,000 each.

The suspect has also been ordered to provide own surety of K200,000 non-cash and that he should be reporting to Dedza Police Station every Monday.