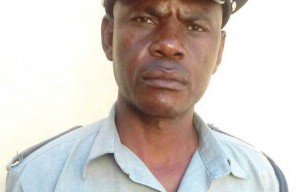 However, sources in Mangochi have linked the transfers to unauthorised mining activities taking place in some areas of the district including Makanjira and Namizimu Forest.

Kadadzera said he was not aware of the transfers and referred us to Eastern Region Police spokesperson Joseph Sauka, who confirmed the development, describing it as normal.

“These are just routine transfers that happen in the service based on how we want to serve the public in a particular area,” said Sauka, adding that police officers from other districts, in the region have also been transferred.

The transfer of the Makanjira police officers has happened weeks after Malawi Defence Force soldiers invaded mines, rounded up over 100 suspects, including foreigners, and handed them over to police.

Four of the affected police officers confirmed their transfers.

“About 14 of us have been transferred. Our head office is blaming us for not acting on the miners claiming that we were soliciting money from them. But we know that there are some politicians who are behind our removal.

“They are saying we were not evicting the miners. How can 14 police officers conduct a raid on over 600 people [illegal miners]? We have been reporting this issue to our superiors but they are now blaming us just because the issue has gone out of hand,” said one of the police officers.

Recently, some people of Mangochi staged a march and presented a petition to President Peter Mutharika through Mangochi District Commissioner’s office, asking for the deployment of soldiers to evict the illegal miners.