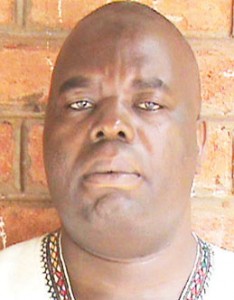 A University of Malawi (Unima) political science lecturer, Mustapha Hussein, has challenged the United Democratic Front (UDF) to move beyond what he called being a family party to one that is owned by its members.

Hussein was commenting on recent revelations that the party has sacked its first vice-president Iqbal Omar, Director of Women Zaituna Yusuf and Central Region Governor Dinocius Magombo “for gross misconduct.”

In an interview yesterday, Hussein said the biggest problem with UDF is that it hasn’t fully embraced principles of intraparty democracy where views of other members are taken into consideration.

“UDF is a strong party which has a strong base. If you look at the [Democratic Progressive Party] and the People’s Party, you will notice that they are offshoots of UDF. Since it is a registered party, it will obviously continue.

“But it needs to shed off the founders’ syndrome and give opportunities to members of the party be at the centre of decisions. It has to be owned by the members and not the Muluzi family,” said Hussein.

Other observers say the biggest challenge rocking UDF—the party that is currently governing DPP’s bedfellow—is that members do not have the freedom to question decisions made by its leadership even if they don’t agree with them.

Omar, who maintains that he remains the party’s first Vice-President, was reportedly sacked for forming parallel structures where, among others, he was appointing new regional governors and conducting meetings without the knowledge of the party’s Secretary General.

In an interview yesterday, Omar said he will die UDF as he took a larger role in establishing the part.

“I am still waiting for a call from the disciplinary committee because they never heard my side of the story. They are saying I was establishing parallel structures and appointing governors; they should provide evidence for what they are alleging,” said Omar.

He, however, refused to agree with observations that many problems rocking the party are due to the fact that it is being seen as a Muluzi family entity.

Meanwhile, former UDF Secretary General Gerald Mponda, who has been replaced by Machinga Likwenu Member of Parliament David Lali, has also hit at his party, saying it is slowly becoming a Machinga and Mangochi party.

“They are just succeeding in killing the party. If you look at it carefully, this party is becoming more of a Machinga and Mangochi party, from what used to be a strong national party. I tried my best to love the party. Since they have shown that they don’t want people, I will see what I will be doing next,” he said.