Political war has started in Mzuzu City ahead of May 21 Tripartite Elections as unknown people have vandalised billboards of President Peter Mutharika which portrayed developments he has implemented during his term of office.

The incident is reported to have occurred Wednesday night and DPP Regional Governor for the North Kenneth Sanga said he has logged a complaint to Northern Region Police Headquarters on the matter.

Sanga said he suspects that UTM youths are behind the destruction of the billboards to frustrate DPP running mate Everton Chimulirenji, who will conduct whistle-stop tours in Mzuzu City Saturday.

“These are frustrated youths who know that they cannot defeat our President come May 21 elections. These barbaric acts cannot be tolerated. We have reported the matter to the police and we are waiting for their action. Otherwise, the billboards message of our President has never wronged anybody,” Sanga said.

Northern Region Police publicist Peter Kalaya confirmed receiving a complaint from DPP but said they are investigating the matter for possible arrest.

He also said Section 344 of the Penal Code speaks against such vandalism.

Njikho said what he knows is that DPP cadets fought with bicycle taxi operators who were not happy when DPP cadets were removing UTM flags.

“Tell Sanga to discipline his cadets; otherwise, Malawians are not happy with what they are doing to other parties. Our youths are registered members who cannot fight with other party members,” Njikho said.

Malawi Congress Party (MCP) Regional Chairperson for the North-South Gracious Soko said MCP is clean on the matter adding the battle is between DPP and UTM.

Soko said MCP youths respect one of the party’s four corner-stones of ‘discipline’; hence, they cannot remove billboards and flags of other parties.

“We were the first to complain but we were not helped as everybody knows that some government machinery never listens to the voice of opposition parties. We came to a conclusion that flags do not vote that is the reason our youths are not in the business of causing violence,” Soko said.

However, Kadammanja who also chairs Mzuzu City Multiparty Liaison Committee said the parties have agreed to ban all political parties from erecting flags in the markets and streets,

This follows a development where some flags of the three major political parties of DPP, UTM, MCP have also been removed in markets, streets and roundabouts.

The country’s 6.8 million registered voters will on May 21 queue to elect president and vice-president, Members of Parliament and ward councillors. 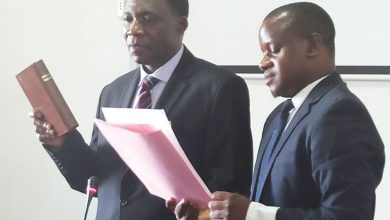 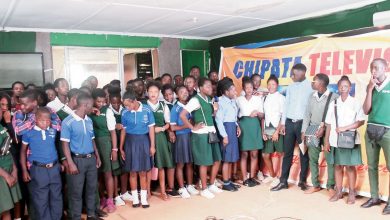