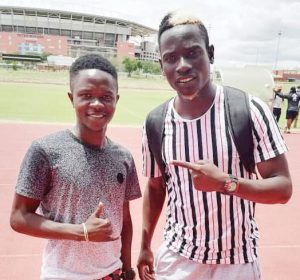 Mkwate joined Polokwane on a two-and-a-half year deal on Thursday for an undisclosed fee.

However, the fee is believed to be around K18million according to some sources.

While the transfer window closes today in the Rainbow Nation, the club is yet to apply for International Transfer Certificate (ITC) to enable Mkwate to be registered in time.

Football Association of Malawi Compliance Manager Casper Jangale, who is also responsible for transfers, confirmed that, as of yesterday, Polokwane had not applied for ITC.

“At the moment, there is nothing in my system. There is more time between Sunday and Monday: so, no need to panic,” Jangale said.

Mkwate has already started training with his new club.

But he will wait a little bit longer to make his debut due to lack of documents including work permit.

While at Bullets, Mkwate helped the club to win the Carlsberg Cup in 2017 before winning back-to back TNM Super League titles in 2018 and 2019.

Bullets are also expected to lose defender Precious Sambani, who is expected to join Golden Arrows in June this year. Midfielder Chimwemwe Idana is also linked with unnamed club in South Africa once the transfer window re-opens.

Meanwhile, Tiraspol Sheriff has plenty of time to process ITC for attacker Peter Banda as the transfer window opens today until March 15. Banda signed a six-month loan deal with the Moldovan club.

Easy way out: Commissions of inquiry as national sham