There is no food left in Judith Lupiya’s soot-stained kitchen, whose cold fireplace backs up her claim that she has not eaten anything since morning.

There is no standing stalk of maize with a cob in the semi-arid red fields around her home.

The last pail of flour she brought home after working in a neighbour’s garden is now empty and she has no clue about where the next meal will come from.

“I don’t know where I will find money with which to buy food for my family. In my condition, staying for a day without food is even unsafe,” Lupiya, from Chendausiku Village about seven kilometres northwest of Balaka Town, says.

Sitting on a windswept veranda of her small raw-brick kitchen, she casts her whitish eyes to the sky as if expecting something to drop into bowls lying on the open patch in front of her.

Lupiya took her medication in the morning and is already feeling weak at the knees. She has had such experiences before after taking the drugs on an empty stomach.

“It is a difficult choice. Sometimes, due to the problems that come with taking the medication without eating anything, I choose to briefly default,” she admits.

Lupiya is worried that her immunity could be enervated by the famine that has swept through her village.

“I have been taking my medication for years now. The biggest challenge has come this year. Due to a dry spell that hit our area, I have not harvested enough,” she complains.

She wishes for the government and other well-wishers to come to her rescue; and she is not alone.

Several people on treatment in her location are at risk of defaulting on treatment due to hunger. They say the drugs make them weak if they take them without eating anything.

And MSF stresses that more efforts are needed to ensure everyone living with the virus receives the treatment they need.

“But in rural locations such as ours, it is difficult to faithfully take the medication, especially when hunger hits,” Paulo says.

Scientists have recorded before that people on treatment report that taking the drugs without sufficient food exacerbated medication side effects.

Participants in the research, just like Paulo, further reported that after taking their medication on empty stomachs, they felt like they had ulcers.

Others said every time they took their medication without eating anything, they started shivering and sweating and could pass out.

Paulo says even when he has food in his house, it is usually deficient in nutritional value such that he feels some side effects after taking his medication.

“We try our best to follow doctors’ prescriptions in terms of taking our medication but sometimes, without proper food, the medication falls short,” he says.

For the past decade, HIV and Aids has posed a big challenge to households in Lupiya’s village, where eight in 10 people depend on small-scale farming.

Those on treatment only just optimally work in their gardens and end up harvesting too little to take them beyond the lean period.

“The little maize sold in markets is too expensive for most of the people on treatment. They have no sustainable means of earning money,” Robert Chirambo, an activist who works with people like Lupiya and Paulo, explains.

On the other hand, Chirambo praises the tenacity of people like Lupiya and Paulo, who disclosed their status and, therefore, protect those they may become intimate with.

His desire is to see these people accessing food rich in all necessary nutrients so that the medication works in the best way.

“They engage in some activities to earn a little something, but the money is not enough. For instance, they do process peanut butter but the peanut itself, as a raw material, is expensive,” Chirambo says.

He is worried that if those on treatment cannot access enough food, efforts to diminish the status of the virus as a public health threat may continue being dampened.

Still, at least, they come together in small groups to share hope, frustrations and a future. It is a huge therapy that keeps them going even in times of uncertainty. 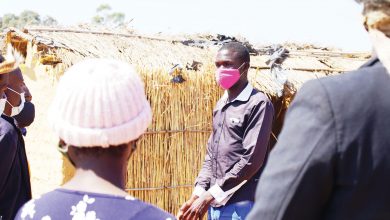