Gertrude is a Form Two student at a Community Day Secondary School in Lilongwe who started taking anti-retroviral (ARV) drugs at a tender age. She contracted HIV from her mother during birth.

However, she only realised that she was HIV positive at the age of 12.

“I was surprised that every morning my mother would call me and give me drugs but I didn’t know the type of drugs that I was taking. When I was 12, l asked my mum why she always gave me drugs in the morning. That is when she revealed to me that I was HIV positive,” Gertrude narrates.

It was not easy for her to accept her status. It was like the end of her life and she more than once contemplated suicide.

“It came as a shock. You know, I started learning life skills when I was in Standard Five and our teacher used to emphasise that one can get HIV through unprotected sex. I have never had sex and it was just absurd that I would be HIV positive,” Gertrude says.

It had never occurred to her that one would contract HIV during birth.

Still, after getting over her condition, she innocently began to disclose her status to friends at school. Some discriminated against her and she also faced all forms of emotional abuse.

“When I told my friends, they stopped sharing anything with me. They would even embarrass me in front of everyone, saying I was HIV positive.

“I really felt bad but my mother pushed me on and encouraged me to remain strong. With her care and support, I began to ignore all the insults I got,” she said.

Gertrude believes stigma and discrimination remain huge barriers in the fight against HIV and Aids in the country. She feels there are so many people in the communities that face the same challenges.

However, she says, on her part, she ignores any form of discrimination, confident that she can contribute to the development of the country.

“I had stressed myself for too long. Later I decided that it was all a waste of time since I could not change my situation. What is most important is to be thinking about my future.

“I know there are others going through similar experiences. I urge them not to despair, but accept their status. There should be more interventions of preventing the transmission of HIV in the country,” she says.

Now, Gertrude also wants the government and other stakeholders to scale up their support especially towards adolescent girls and women.

She believes that empowering these groups economically can save them from contracting the deadly virus.

“Most adolescents engage in sexual activities because of limited or no means at all of income. If more was done to address such problems, HIV prevalence rates among girls and women would significantly drop,” she says.

National Coordinator for Adolescents and Young Women Programme at ActionAid Malawi, Gladson Mopiwa, says stakeholders, in collaboration with the government, are doing their best to reduce new HIV infections among adolescents and young women.

He says the Global Fund Strategy 2017-2022 titled ‘Investing to end epidemics’ has committed to scaling up programmes to support adolescent girls and young women in 13 countries including Malawi.

“The goal is to reduce new infections among females aged 15-24 years by 58 percent by 2022. This is a pooled target from all the 13 countries based on the goal mode,” he says.

Mopiwa indicates that since the start of implementation of the programme, there has been tremendous progress especially in the targeted districts.

“We have reached to so many adolescents and young women. We have trained them in income generating activities for them to be self-reliant and avoid engaging in sexual activities. Through the programme, some teen mothers have been readmitted in school,” he adds.

According to UNAids, the estimated number of new infections among adolescent girls and young women in Sub-Saharan Africa was at 450,000 in 2015. To this end, the Global Fund supports delivery of evidence informed packages of interventions of HIV preventions.

On HIV prevention, Tchangani Tembo, a researcher at the University of North Carolina Project, says there is a basket of interventions some of which are still being tried.

Tembo stresses that among others, prevention interventions in Malawi include condoms, post-explore prophylaxis, voluntary male medical circumcision and prevention of mother-to-child transmission.

However, he was quick to point out that apart from abstinence, there is no intervention that is 100 percent effective.

According to UNAids, Malawi has one of the highest HIV prevalence rates in the world despite the reportedly impressive progress the country has made in controlling the epidemic in recent years.

Young people are particularly at risk due to early sexual activities and marriages with 50 percent of new HIV infections affecting those aged 15-17. 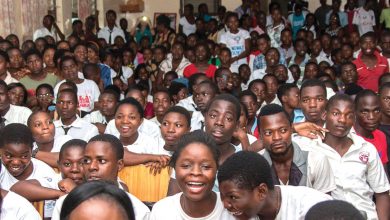 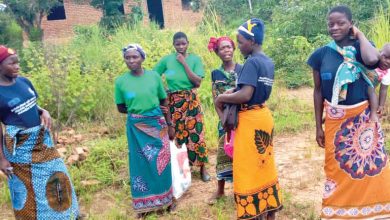