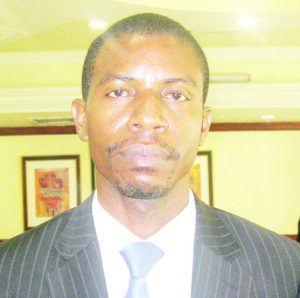 Teachers who were recently promoted to different grades will have to wait longer to start receiving their salaries as government at the moment is busy rectifying the anomalies that were observed after the promotions are made.

Since government announced the promotion of the 20,210 teachers, it has emerged that the some of the teachers promoted are dead.

Malawi News random interviews with some of the promoted teachers has also found that about over three weeks since the announcement of the promotion, they have not yet received their offer letters and promotion letter, as government is now busy with the process of rectifying the anomalies.

It is further understood that, in government, information about salaries is submitted by the fifth of every month, and with the development, it means that despite the relief by the teachers to have been promoted, automatically they are not receiving salaries of their new grades.

“We think they created the anomalies deliberately. They made the announcement just to make us feel happy that government is considerate. We doubt if we are going to start receiving salaries of our new grades in May or even in June. But, for this month, it is clear that we are not getting the new salaries. I think this was deliberate,” one teacher, who has been promoted to Grade H, said.

Teachers Union of Malawi (Tum) Secretary General Charles Kumchenga Tuesday said they are currently pressing government to issue promotion letters to the teachers so that they start getting their new salaries as soon as possible.

He said, looking at the progress of the issues being addressed, Tum will be able to see what it will do next after next week.

“By next week, we will have a true picture of what will happen next. We will be able to take the next step once we are very sure of the progress of the issue,” he said

Meanwhile, Civil Servants Trade Union (CSTU) has said it is monitoring the situation.

CSTU Secretary General Madalitso Njolomole has, however, said there is need to be cautious when government makes promises on promotions.

“When we get such promises or indeed announcements, we normally meet Government Negotiating Team. We always demand a communique on such issues and that becomes a binding document. We tread carefully,” Njolomole said.

After the announcement of the promotions was made, some quarters argued that with the timing, it can easily be concluded that the promotions are being made for campaign.

Chancellor College- Based political analyst Ernest Thindwa was recently quoted by the media as saying such promotions must be made on time to avoid raising suspicion of electioneering.

In an interview Thursday, Civil Society Education Coalition Executive Director Benedicto Kondowe said what is happening now may make Malawians justified on doubts they have on the development.

“Such processes must be well planned for because they raise expectations and expectations have to be fulfilled. Looking at how things are unfolding, Malawians have the right to question and speculate. The onus, in my view, lies with government to demystify the speculations that are going on,” Kondowe said.

He added: “Whether indeed the decision to promote teachers is related to other interests that government might have but it will remain with government to erase those speculations because they know better than most of us do, suffice to say that Malawians have the right to speculate looking at circumstances the decision to promote teachers was made and current challenges that are already there, that letters of promotion haven’t yet been issued.”

Early this month, Ministry of Education, Science and Technology and Ministry of Local Government and Rural Development announced the promotion of 20,210 teachers.

It was later discovered that some teachers who were promoted are dead.

Saidi said the error was made because they used information from Department of Human Resource Management and Development (DHRMD), which automatically gave the names.

He also said some of the deceased teachers’ relatives were to blame as they were yet to submit death certificates to DHRMD.

When former president Joyce Banda was in power in 2013, about 12,000 teachers were promoted.

That was a year before people voted in presidential, parliamentary and local government elections.

Christians in Way of the Cross