Malawi National Netball Team, the Queens, arrived backed from Namibia Thursday where they finished with bronze medals at the just-ended Africa Netball Cup.

Ironically, the Queens arrived together with the Malawi National Football Team, the Flames, at Chileka International Airport in Blantyre.

The presence of the Flames at the airport blindfolded some quarters who felt that the Queens had achieved more than the misfiring senior men’s football side which finished bottom in Group D of the World Cup qualifiers.

But in truth, the bronze medals have only masked Queens’ stagnation and failure to reclaim their top slot on the continental scene.

The continental crown has eluded the Queens since 2016 and, in the process, they have played second fiddle to South Africa and Uganda.

It is a pity that after bossing the netball scene on the continent for close to 20 years, the Queens can now afford to smile for third finish.

Indeed, half a loaf is better than none but the pride of the nation, as the Queens are widely known, needs to discover their mojo ahead of the 2022 Birmingham Commonwealth Games.

If the performance at Pent Series and Africa Netball Cup is anything to go by, then the Queens will struggle and slump further at the Commonwealth Games. 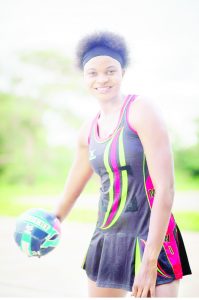 “We believe that we will take them forward. I think from now, there is no rest time until we reach the Commonwealth Games,” she said.

Much as the Queens mentor is expecting Netball Association of Malawi (Nam) to implement her programmes but the association is waiting for Chawinga-Kaluwa’s technical report. 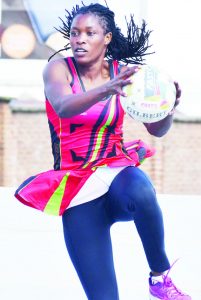 “The report will guide us on what we need to do. However, it is clear that we need to build developmental structures to systematically groom players from grass roots to senior level,” she said.

Much as the focus is on next year’s Commonwealth Games, the authorities must not pay a blind eye to falling standards of the game.

Currently, Malawi hardly participates in developmental games and it is such competitions that uncovered the likes of Mwawi Kumwenda, Sindie Simtowe- Msowoya, Joyce Mvula and Towera Vinkhumbo- Nyirenda.

Mwawi was identified at the 2009 Cook Islands World Youth Championship where Peninsula Waves of Australia signed her.

In the past, Queens used to participate in Cosana championship but the competition has been inactive for years.

Most of the Queens players came from such structures and it is a must for the administrators to ensure that the developmental teams are active to continue nurturing promising players.

At senior level, Nam must also strive to keep the senior side active. 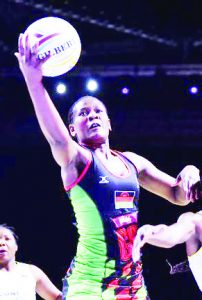 It was obvious during Pent Series and Africa Netball Cup that the Queens lacked depth.

Chawinga-Kaluwa kept on using the same players and when result had been assured, she could make changes.

Experienced Carol Mtukule-Ngwira might have been the longest serving member in the team but, in reality, the side is yet to find her replacement.

She is still commanding respect in the game from other countries due to her intelligence to read and cut moves as well as make telling passes.

As Nam and the Queens are reflecting on the team’s third finish, let them also consider the structures that unearthed several players.

Rising living costs: Who is spared?