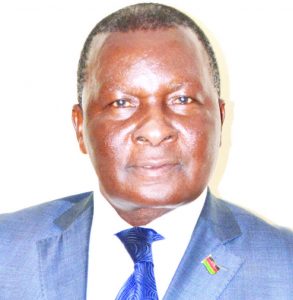 The severity of the damage emerged Wednesday when Minister of Homeland Security.

“It was by the grace of God that the wall fell outwards; otherwise, it could have been a disaster. Most of my belongings, including maize flour, clothes and kitchen utensils, were lost to the rains.

“Most of the bricks broke as the house was falling and I am struggling to source additional bricks to raise the house again,” said Flora Gulumba, one of the affected people in Hau Village, Traditional Authority Kanduku Julius Kaliya, whose house was also destroyed, said he lost everything he owned in the accident.

“As I am speaking, me, my wife and three children are being housed by well-wishers, which is not sustainable,” he said.

So far, 64 households have affected by the stormy rains in Lilongwe, 168 in Mwanza, 110 households in Chikwawa, 74 in Mangochi and 170 in Balaka.

After visiting Mwanza, Dausi inspected Chikwawa so as to appreciate the severity of the damage.

Dausi said the government has allocated enough resources, through Unforeseen Circumstances Funds, to cover everyone affected by the disasters.

He, however, urged those who are living in disaster-prone areas to relocate, following Department of Climate Change and Meteorological Services’ early warning of possible flooding.

During the visits, Dausi donated rice, beans, salt, blankets and kitchen utensils to the affected households.