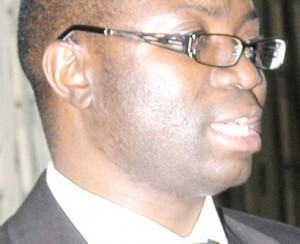 Former Minister of Justice and Constitution Affairs Raphael Kasambara has appealed against a Supreme Court of Appeal single judge order that dismissed in its entirety his application seeking restoration of bail.

Justice Rezine Mzikamanda dismissed the application that contained six grounds against bail revocation by the lower court which noticed that the accused person was allegedly interfering with justice.

Kasambara, along with MacDonald Kumwembe, a former Malawi Defence Force soldier and Pika Manondo, is on trial in the High Court for the offence of conspiracy to commit a murder.

In the appeal notice, counsel for the accused Mordecai Msisha said “having received the ruling of …his [Kasambara] appeal/ application for setting aside of the order of the High Court revoking the appellant’s bail and restoration and admission to bail has been refused.

“Do hereby give notice that the appellant desires that the said appeal/application be considered and determined by the court,” reads in part the notice seen at the Malawi Supreme Court of Appeal registry filed on Wednesday.

Msisha was not available for details.

Kasambara was granted bail by the High Court, and operational of the bail was postponed to a later day.

The Supreme Court allowed the appeal, removing the order of postponement and made some variation to some of the conditions for the bail relating to place of reporting for bail until September this year when it was revoked.

According to court documents it was because of the accused person’s interference with judicial process.

Kasambara then filed an appeal, among others, saying that “it is not indicated anywhere in the Criminal Procedure and Evidence Code or the bail… that the court may on its own motion revoke bail.”

Mzikamanda in his ruling backed the lower court for moving its own motion, saying that is important for purposes of justice and equity but also to assist the court in proper case management.

He also observed that there’s sound proposition of law that a court has the discretionary power to revoke bail where it considers that there is good reason for doing so.

“This must necessarily involve the balancing of the personal interest of the accused and the interest of justice, in the same way it is done for the granting or refusal of bail under section 9 of Part ll of the Bail (Guidelines) Act 2000,” he ruled.

He further say trial within a trial occur in proceedings and when that happens, it is the presiding judicial officers who preside over the main trial who also presides over the trial within trial.

He concluded that “appellant court will not overturn a decision of a lower court arrived at in the exercise of its discretion merely because the appellate court would have exercised the discretion differently.

“For the exercise of discretion to be faulted it must be demonstrated that there was blatant abuse of the discretion powers by the lower court. It has not been so shown in this case. This appeal therefore fails and it is dismissed.”

It is upon these grounds that counsel for the appellant Msisha filed the appeal motion to a panel of three judges.

The court is yet to set a date for re-hearing.

Ernest Mtawali to ring the changes