Covid-19 has for the past two years changed the way of living globally, the economy being one of the most affected by some of the effects of the pandemic.

Malawi is no exception as, according to the World Bank, the country’s economic growth was estimated at 1.0 per cent in 2020 and projected at 2.8 per cent in 2021.

A 2021 October World Bank Commodity Markets and Urbanisation report shows that rising cost of living cuts across the globe with African countries who rely on importation being the most affected.

According to the report, energy prices, especially coal and natural gas, have sharply increased agricultural input costs including fertilisers, which have risen more than 55 per cent since January, with several fertiliser manufacturers halting or reducing production capacity.

“Elevated food prices combined with the recent spike in energy costs is pushing food price inflation up in several low-income countries (such as Ethiopia, Zambia and Zimbabwe) as well as higher-income including Argentina and Turkey.

The report further notes that energy prices are expected to increase more than two percent next year upon jumping more than 80 per cent this year.

“Increasing energy prices pose significant inflation risks in many EMDEs and could weigh on growth in 2022 among energy-importing countries. Non-energy prices are projected to decrease somewhat in 2022 and 2023, with declines in both agriculture and metal prices as supply constraints ease.

“Oil demand is expected to continue its recovery and reach its pre-pandemic level by the second half of 2022. Oil production is expected to increase as supply outages are resolved; as production responds to higher demand, particularly shale production,” it reads.

In separate interviews, an economist at Malawi University of Business and Applied Sciences Betchani Tchereni, Consumers Association of Malawi Executive Director John Kapito and Centre for Social Accountability and Transparency Executive Director Willy Kambwandira agreed that the cost of living will keep on rising, arguing it is a global trend due to various issues including the coronavirus pandemic.

Tchereni said because Malawi is an importing nation, the rising cost will keep on going up, further saying the depreciation of kwacha will also contribute to the state of affairs.

“First of all, let us understand that Malawi’s commodities come from elsewhere including groceries and many other things. So, if prices are rising elsewhere, it means that we are going to be importing inflation, meaning that those commodities we are going to buy them at a higher price and that is going to even include higher inflation rate and exchange rate also depreciating which would skyrocket as well for the general prices of commodities.

“We have entered a lean period for foreign exchange, again, that will exacerbate the problem. We must say that we are expecting that rise in the cost of living is going to affect different localities differently. But, in general, this will be the trend for the next foreseeable future,” he said.

Kapito alluded to the fact lockdowns in some parts of the world as a result of the pandemic will continue to affect the cost of living in the country.

“If you know, some parts of Europe are going through some lockdowns again and, in lockdowns, people do not produce, what that means is that the supply is reduced and demand becomes high and prices follow the demand. So, we are going to see a huge demand of products which are not on the market because of lockdowns and the depreciation of kwacha,” he said.

While agreeing with the two, Kambwandira faulted government for failing to align its activities in line with the current situation.

“We agree the global prices are indeed rising with the leadership calling for sacrifice for such a lifestyle. But, unfortunately, our leaders are displaying the opposite of the reality on the ground.

“Much as we agree that the prices have gone up, we expect our leaders to show that they are aware of this fact and that they are working towards improving things in this country in the minimalist way possible. But what we have seen is the total opposite. So much as we, Malawians, are made to understand of the global crisis, the decisions by our leaders have to tally,” he said.

Lately, in the country, we have seen rising cost of living with commodities such as cooking oil going up double the price. 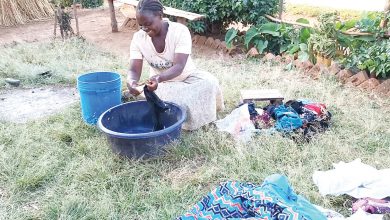 Banished to forests for giving birth to twins