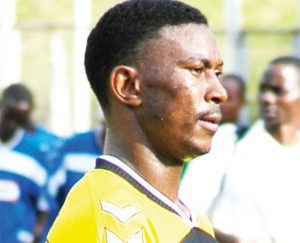 Rivalry and tension that grips sworn-rivals Be Forward Wanderers and Nyasa Big Bullets is expected to come to the fore today when their reserve sides battle it out.

The Fisd Challenge Cup quarter-final match for the Southern Region will take place at Kamuzu Stadium in Blantyre.

The reserve sides drew 1-1 in their last meeting for Chitetezo Mbaula Premier Division at BAT Ground in Blantyre.

Bullets Reserve Coach, Enos Chatama, was philosophical ahead of the match.

“They [our opponents] are experienced, having been in the Premier Division for some years and we just got promoted [from Division One] this season. Our mission is to take each game as it comes,” he said.

The central midfielder, who has earned some Flames call-ups, is calm and dictates the tempo of a game. Alex Tsamba is also one to watch for Bullets.

Wanderers Reserve Coach, Albert Mpinganjira, said they expect the match to have all ingredients of a Blantyre derby.

“Make no mistake about it; this rivalry extends to our teams. I hope people will watch one of the best games. Our goal is to get to the next round,” he said.

Mpinganjira has good players such as Wilton Kaunda Junior and attacker Wisdom Mpinganjira.