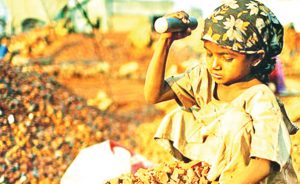 Ending child labour seems to be an uphill task after the Fourth Global Conference on Sustained Eradication of Child Labour found that despite the progress made, the global goal to eliminate child labour in all its forms by 2016 has not been met.

Parties to the Buenos Aires Declaration said this necessitates the need to accelerate efforts to deal with the problem at all levels, commitment to action and effective implementation of the relevant normative framework.

The deadline has now been pushed to 2025 by which time countries that are party to the agreement, Malawi inclusive, must move to eradicate all forms of child labour.

Employers are optimistic that, with enough resources and coordinated action to be championed by the Labour Tripartite Council, Malawi can meet the target.

The Tripartite Council comprises the government, the Employers’ Consultative Association of Malawi (Ecam) and the Malawi Congress of Trade Unions.

In an emailed response, Ecam Executive Director, Beyani Munthali, said the progress that the country has made to eradicate child labour is commendable but that the government should allocate more resources to support national initiatives set up to put a lid on the problem.

Munthali also indicated that affiliates of Ecam, particularly those in the tobacco and tea sectors, have taken a lead by initiating pro-active activities meant to not only eradicate but also empower children to withdraw from child labour.

“Over the past few years, Malawi has developed an action plan, gazetted subsidiary legislation and implemented projects to eradicate child labour. Ecam members are implementing various inter ventions, which include supporting schools to encourage children to go to school and supporting them with skills development.

“Beyond this, we have also developed a Code of Practice for Employers on Eradication of Child Labour,” he said.

The International Labour Organisation (ILO) estimates that 152 million children between the ages of five and 17 are victims of child labour with almost half of them working in hazardous environments.

In Africa alone, ILO projects that 72.1 million children are under child labour.

Locally, statistics released by the National Statistical Office last year shows that out of 2.6 million working children, 38 percent are in child labour with 20.9 percent of those surveyed, involved in hazardous work.

In 2013, the Malawi Government, through the Ministry of Labour, released a list of hazardous works prohibiting the employment of children under the age of 18.

The list is one of the initiatives by the government to eliminate all forms of child labour and covers sectors such as agriculture, tourism, health and entertainment.

Among other things the list prohibits work such as handling or application of chemicals, slaughtering animals, hazardous waste disposal, any activity involving heavy machinery, handling or grading tobacco, any work in a bar or shebeen, driving a motor vehicle and any work in a health facility where there is likely to be exposure to biological agents.

Nomads to meet AS Vita’s expenses